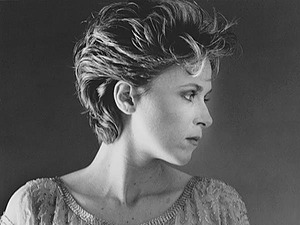 Not the right person? See All ›
Created by Carole Kealoha and has not been verified by Legacy.com or our partners.
BORN
February 7, 1957
DIED
February 16, 2019
AGE
62
LOCATION
Santa Clara, California

Anne's father Robert was in the army, thus the family spent her childhood living in many places including Eritrea, Thailand and Germany. Anne developed a lifelong passion for travel.

Anne showed her true colors at 13 in Germany when riding a toboggan down a steep hill. Headed toward a building, in order to save her 9 year old baby sister, she stuck out her leg and ended up tearing a tendon away from her knee. The Doctor said it would have been easier if she had broken it. She continued to show mercy and caring to many recipients in her life.

Anne graduated from high school from Carmel, IN in 1975 and received a BS in Visual Communication Design from Arizona State University in 1981. She also worked at KAET the local PBS station, beginning her lifelong career in the Entertainment Industry.
Anne moved to Los Angeles from Scottsdale, Arizona in 1981. She continued her career in the Entertainment Industry at Post Production facility, "Video Transitions."

Anne became an experienced professional in the entertainment and new media industries with a successful career as a senior-level management executive, consultant and executive producer. She worked for a broad range of companies acquiring an extensive background in interactive media, the internet, film and television industries.

Anne also gave of her time and herself willingly. She was a founding member of the board of directors of The Los Angeles Children's Theatre, founded and co-chaired AIDS Project Los Angeles's Summer Party and was on the board of "Will and Company, a multicultural repertory theatre company for children and young adults.

I worked with Anne at Marks Communications and learned so much from how she worked - she was incredibly tireless and dedicated and at the end of a long work day, managed to still find time for her personal interests in theater. She had a great fashion sense and loved raspberries (as I remember). I have not spoken to her in many years, since those days in Hollywood but I will remember her very fondly for her inspiring life style and kindness. I'm very sorry to hear of her passing. My sincerest...

Dear Anne: Thank you for including me in LA Children's Theater, showing me around New York, and sharing your life. I will treasure our dinner together just months ago. And I will see you again, sweet lady. Godspeed.

Please accept my sincere condolences at this sad time for the loss of your dear loved one.
John 17:3

Oh Anne, there really are no words to say how much your friendship and (life-long) birthday calls have meant to me. You taught me what it means to be a real, loyal friend. You helped me weather and survive many unbearable times at Carmel High School (THANK YOU!). Thank you also for reaching out to me again at the end of your life and for allowing me the privilege of seeing you one last time to say good-bye. I will always love you and will never forget you. I wish your family peace and comfort...

We lost Anne too soon, yet she accomplished so much and leaves an amazing legacy. Our thoughts and love go out to her sisters and parents. Betsy & Jack Doyle

Well Anne, although only on Facebook I'm glad we had the chance to chat at least one last time. It seems like yesterday you were in Seattle working the Science Fiction Museum project and we had the opportunity to get reacquainted. As always, I sit and wish now I'd have done a better job of staying involved with all of the family over the years. Fair Winds and following seas cuz, see you on the other side.

Anne was that rare person who immediately recognized and connected with the other searcher or lost soul in a crowded room. She and I were both new at Carmel High School and against all odds, we met and shared intense moments that I remember and cherish. We both went our separate ways and I always always wondered where she was and what she was doing. I so regret we missed having a real life reunion. Thank you Carole for writing Annes story and being there for my friend. My sincere...

I am sorry for your loss. May the God of all comfort strengthen the family during this difficult time.
2 Cor 1:2-4

Love you Anne! You are missed. I felt a kinship from our high school days, you showed us your creativity early, and the joy you found in following your own path. May you be at peace.

Never miss an update about Anne. Sign up today.