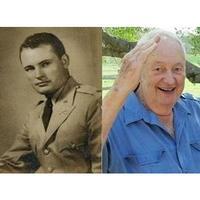 Col. (Ret.) Arlen Austin McNeil, aged 87, died Sunday January 15, 2017 in Good Samaritan skilled nursing facility in Denton, TX surrounded by his family.  He was born March 20, 1929 in Amarillo, TX to Cecil and Celestia McNeil and was the second of three children.

He graduated Amarillo High School in 1946, and Oklahoma A & M in 1951 where he played 4 years of varsity football and was president of his graduating class.  He proudly served in the ARMY branch of the U.S. military from 1951-1979 serving in Korea and Vietnam; he retired a highly decorated full Colonel in 1979.  He was a resident of Denton, TX from retirement to his death.

He is survived by his loving wife Margaret McNeil, his sister Peggy Dennis, his 3 children and their spouses Richard McNeil and Muffin, Janet Porter and Jerald, and Sharon McNeil and Damien; his grandchildren and their spouses Gregory Porter and Morgan, Carie Snow and Andrew, Jaclyn Berger and Daniel, Casie Porter, Michael McNeil and Amy, and Ethan Stolidis; his great grandchildren Dash Porter and Koda Porter; and all his wonderful extended family of nieces, nephews, and cousins.

Your service in Korea and Vietnam still means so much to our nation. Rest in peace and thank you for your service. From a grateful American.

I was very sorry to read about Mr. McNeil's passing. My thoughts and prayers are with all of you.
Love,
Cindy Ueland (Mulkey)

Loved you like no other .....we were blessed with the best daddy in the world ..... Rest In Peace my beautiful father

Never miss an update about Arlen. Sign up today.