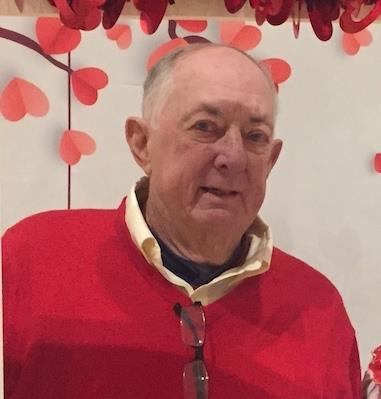 Not the right person? See All ›
AGE
81
LOCATION
Millsboro, Delaware

Millsboro - Bernard "Jerry" Quinn passed unexpectedly on September 12, 2020 at home. He had just celebrated his 81st birthday on August 15.

He will be remembered fondly for his great sense of humor - he loved nothing more than to make people laugh - and cantankerous personality. He is now with his beloved father, Jack, who he lost in 1948 and his mother, Margaret, who passed

Born in Philadelphia, raised in Upper Darby, Penna., Jerry was a member of the first graduating class of Monsignor Bonner High School in 1957. He loved catching games at The Palestra and playing basketball. He was a lifelong fan of the Villanova Wildcats. His career moved his family to Newark, Del., in 1976. After joining Holy Family Parish, he was elected to the Parish Council and was also a CCD teacher. Jerry was also a coach and manager for Newark National Little League in the 1980s. Upon retirement in 2001, Jerry enrolled in classes at the Academy of Lifelong Learning at the University of Delaware. After moving with his wife Diane to Millsboro in 2011, he volunteered with his neighborhood association, enjoyed going to trivia nights, and putting around local golf courses.

Jerry is survived by his wife of over 51 years, Diane, and his children, Brian (Joan), Laura and Sheila. He was brother to Pat Danna (Jim), Jack (Binny), Peg Wright (Jim), Kevin (Judi), and Carol Anne Matt (Mike). He had great love for his many cousins, nieces, nephews, godchildren and his beloved grandchildren: Joanie, Jack, Colleen and Danny.

A Mass of Christian will be held 11:00 AM on Friday, September 18th at Mary Mother of Peace in Millsboro, DE. A graveside service will be held at a later date.

Due to COVID-19, social distancing protocol will be observed and masks are mandatory for all attending services.

One of his favorite sayings was "food is love". In lieu of flowers, donations to the Food Bank of Delaware at www.fbd.org would be greatly appreciated.

Online condolences may be sent by visiting www.melsonfuneralservices.com

So sorry to hear of Jerry's passing. I have many fond memories of Jerry and his family from Holy Family Church. He always had a smile on his face and kind words for all. I miss him and his family.

Jerry was one of the funniest people we have ever spent time with! We are sorry to hear of his passing and our thoughts are with his Dear Diane and their family. So sorry we lost touch in the past few years but our memories of the fun time we spent together will live on.