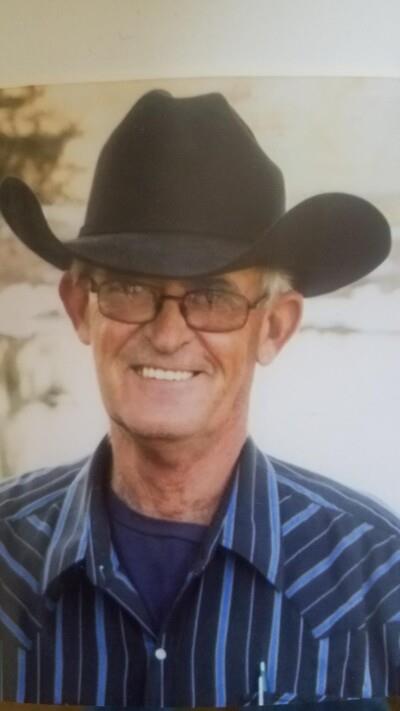 William was born on February 21, 1950, in Alliance, NE to William “Bill” C and Viola (Gorsuch) Hicks.  He was the oldest of the three kids.

Bill was an avid team roper.  The family vacations were weekends spent at the Carver Ranch roping in the summertime.  Bill liked to help kids learn to rope at brandings or at roping’s when they were having problems.  He also enjoyed helping at the Jr. and High School Rodeos.

Bill started his ranching career when he was in high school working north of Ashby for Vance Douglass.  Bill and Artis met at a dance in Ashby.  Three years later they were married on June 2, 1974.  Three children were born to this union.  They worked for a few ranches in the Ashby and Hyannis area before going to work for Jim O’Brien for over 32 years.

Bill enjoyed playing softball for the North Country Softball League for several years.  He later took up golfing and bowling which he really enjoyed. Bill’s main hobby after roping was ranching which he took seriously. The ranch and the cows that he oversaw came first.  The livestock came first before you went anywhere else.

Bill enjoyed watching his kids in their sports, rodeos, playing with his grandkids, when they came home and have them help him feed or move cattle. He also enjoyed teasing and playing pranks on everybody. He taught is kids to work hard and to do their best of whatever they did.

A Celebration of Life will be held on Saturday, November 13, 2021, at 1:00 pm MT at The Sandhills Community Bible Church in Mullen, NE with Pastor Bob Teters officiating. Burial will be at a later date. Memorials may be made to Donor’s Choice or in Bill’s honor to be designed at a later time. There will be no visitation, all are welcome to visit at the house. Govier Brothers Mortuary of Broken Bow/Arnold/Mullen are in charge of arrangements. An online guest book may be signed at www.govierbrothers.com.

Bill always had a smile and would visit . Really going to miss seeing him with his smile and a wave . May your memories bring comfort . Sending hugs and prayers to his family , especially Artis and Willie

In loving memory of a wonderful person.....Bill had a heart of GOLD. Prayers for healing for Artis and families. Fritz and Carla

Shot and I would like to extend our sincere condolences on the passing of Bill. Our thoughts and prayers are with all of you. With deepest sympathy, Shot and Cindy Kenton and families

We are very sorry to hear this. Prayers and our thoughts are with you...

So sorry for your loss,prayers for your family..

My condolences to Artis and all of Bills family. Love, hugs, prayers and support to all of you.

Our condolences to Artis and family.

Never miss an update about Bill. Sign up today.