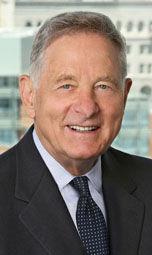 Jan. 22, 1928 - March 14, 2019EASTON - Former United States Sen. Birch Bayh, D-Ind., author of the 25th and 26th Amendments to the U.S. Constitution and author of Title IX of the Higher Education Act, and one of the last surviving leaders of a heroic age in American progressive politics, died...

My condolences goes out to the family and friends in this difficult time, may you find peace and comfort from the God of all comfort.

I would like to express my deepest sympathies for the loss of your loved one, who will be remembered for his contribution to history. I hope you find comfort and strength in God during this time of sorrow.

My condolences to the Bayh family.

A man of all seasons. May God bless the family.

I am saddened to hear of his passing. He passed legislation that made it possible for many of us minorities to succeed. His decency and integrity are much missed. I am very grateful for the service of Birch Bayh on behalf of all Americans. I am sorry that more people are not aware of how great a person he was.

May the God of peace continue to be with the family. Your family are in my thoughts and prayers.

My deepest heartfelt sympathy for the loss of this truly wonderful man. My parents were both staunch Democrats until their deaths. They always supported and campaigned for Mr. Bayh.
During his time in the Senate, and in 1971-72 I was serving in the Vietnam war. I wrote to the Senator and asked for both an absentee ballot and a flag from our great state of Indiana. He happily sent both. Because of the Constitutional Amendment he sponsored, I had the chance to cast my very first election...

To the Bayh family I extend my deepest condolence. After reading about his passing I wanted to let you know you're not alone in the loss of someone special. Keep the memories of him alive and know that as long as you do your love for him will remain afresh and ever apart of you allowing your love for him to never die. (1 Cor 13:8)- Gladys

Birch was a great friend, we worked briefly when he was at Venable. I first met Birch when he was nominated for the U. S. Senate at the Democratic Convention in Indianapolis, June, 1962. I was on the staff of Vance Hartke. Birch will be remembered & revered as one of the most outstanding legislators in the history of the United States Senate. A truly great American.