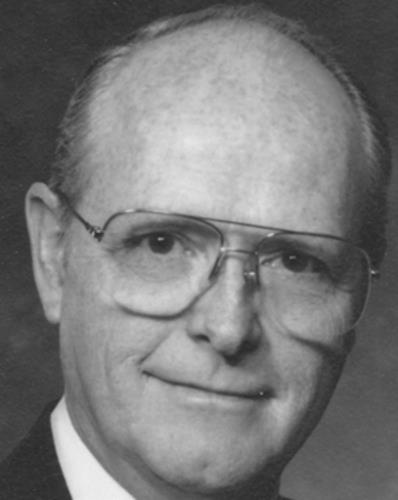 Brent Isaac Nash, son of Ruby Smith and David Ariel Nash, was born December 20, 1927 at home in Linrose, ID. An energetic, fun-loving farm boy, Brent excelled in wrestling and football. He learned his strong work ethic from his father and developed his beautiful bass voice with the encouragement and support of his mother. His voice inspired and uplifted countless people. After his brief service in the US Navy at the end of WWII, Brent served a fulltime mission for The Church of Jesus Christ of Latter-day Saints in the Northern States Mission. After his mission, he and his high school sweetheart, Beverly Bell, were wed August 3, 1950, in the Logan, UT Temple. Their love for each other was a constant, and together they formed a united, remarkable team as they raised five children, pursued their chosen careers, served in many church positions, and influenced all for good. Brent graduated from the UW School of Dentistry in 1958 and served (with a few breaks) on the faculty as a skilled clinical instructor and student advisor until 2007, when he retired at age 80. Brent served as a stake president (twice), as a Regional Representative, and with Beverly he led the Sydney, Australia Mission from 1988-91. Together they served as President and Matron of the Seattle Temple 1992-95. Brent was a gifted and Christ-like leader in all aspects of his life. As a husband, father, professional, and Church leader, he inspired those around him to do and be their best. He loved being in the mountains with family, whether riding a horse, hiking, or skiing. He was preceded in death by Beverly, and is survived by his wife MarRue Simmons, his five children Scott (Marianne), Julienne (Alan), Marcus (Shelley), Jeanmarie (Bruce), Rebekah (Gerry), by his 25 grandchildren, and by his 66 great-grandchildren-the grateful beneficiaries of an enduring legacy of bedrock faith.
Due to Covid-19 restrictions, a public viewing will be held Thursday, July 9, 2020 from 6:00 - 8:00 p.m. at Russon Mortuary, 295 North Main, Bountiful. A private family funeral will be held on Friday, July 10th. Online guest book at www.russonmortuary.com.

Farewell my dear Mission President Nash. You showed me how to serve with love and kindness

How fortunate we were to have Brent Nash as our Stake President, Temple President, and friend for many years. His kindness, humor, and spiritual leadership touched us and lifted us. We remember.
Paul and Gay Davis

Such a loving, caring man, and wonderful Mission President. Fly with the Eagles!

Such a beautiful man. I was incredibly blessed to have him baptise me into the Church way back in 1990, in Sydney. Not only that but we were graced by a beautiful musical number - there was not a dry eye in the room.
A truely loving man who will always be remembered fondly in my heart. ❤

A wonderfully patient Mission President who was sacrificed much but who also set a unified example with Sister Nash at that time. May his family be blessed to know that he influences many of us for the better. Regards :)

Wonderful mission President. I always felt if his love and concern for me.

Never miss an update about Brent. Sign up today.