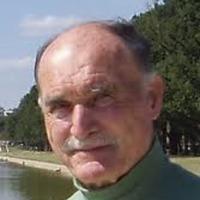 Tierney taught at Catholic University until 1959 when he moved to Ithaca, NY to become professor of Medieval History at Cornell University, becoming the Goldwin Smith Professor of Medieval History in 1969, and the first Bowmar Professor of Humanistic Studies in 1977. He retired in 1992 but continued extensive academic work. Throughout his career he published extensively with his most recent book Liberty and Law: The Idea of Permissive Natural Law, 1100-1800, being published in 2014.

Along with his academic work, Tierney was an avid sailor and skier and enjoyed swimming, snorkeling, fishing, camping. Tierney was predeceased by his beloved wife, Theresa Tierney (nee O’Dowd). He is survived by a brother, Michael; four children: John, Helen, Christopher and Ann Jane; and eight grandchildren: Jordan, Katherine, Christina, Brian, Catherine, James, Jasmine and Gemma.

As a student of medieval history, natural law, and natural rights, Brian Tierney was a rare find. His work combined my three research passions. Although I never met him, I still consider myself a student of his scholarship. Brian Tierney has had an enormous impact on the lives of the students whom he never met. As a history instructor at a community college in California, I now share my passion for medieval history, natural law, and natural rights with my students. Brian Tierney, your work...

I was fortunate to take three of Brian's classes and to be his TA for Medieval History in the 1980s. He was so intelligent, and kind. He made us feel that we were capable of tremendous work: he always challenged us. And he always treated both his undergraduate and graduate students with great respect. I will never forget his Conciliarism Seminar: it was brilliant to read Jean Gerson with him. Constitutional government--both medieval and contemporary--meant so much to him, and he shared...

Brian Tierney was one of the most remarkable persons I ever met in my life. I will always remember him and I am grateful for all that he did for me and meant to me in the years since I first began as his graduate student at Cornell in 1968. May God bless and console his family in their loss. tom morrissey

Brian Tierney was one of the most remarkable persons I have met in my life and i am deeply grateful for all that he did for me and what he has meant to me over these many years since I first became one of his grad students at Cornell in 1968. I will always remember him.

I was Brians first graduate student at Cornell. We arrived together in 1959, and he had probably not read my application before I was admitted. I wanted to work in a field that was entirely different from his, but he always encouraged me to pursue my own interests. Brian helped me to find a dissertation mentor in the U.K. and worked patiently with me throughout the long writing period. I remember the wonderful dinner parties that he and Theresa threw for his graduate students and the great...

Brian Tierney was a superb scholar, teacher, and mentor. Every time I encountered him I went away rewarded. While studying with him I thought I was developing research and writing skills, but I ended learning as much about teaching and advising. He had an easy way of letting you know when you were wrong, as when he pushed me from an overambitious thesis topic, saying, I can think of only three people in the world who know anything about that: ones dead, ones crazy, and Ive forgotten most of...

Brian was my father-in-law for the past thirty years. I knew him personally, not professionally. I much enjoyed talking, walking, dining, camping, swimming, traveling, and even once sailing with him. He was always a willing, wise, and warm conversationalist; he did not care one iota about the sports we sometimes discussed, yet he responded with understanding and empathy. His keen intellect lended valuable analysis to current national and world events, as well. He was the unquestioned...

Brian was my graduate mentor. I think it fair to say for a couple of years I was not his favorite student nor he my favorite professor. Only when I was writing my dissertation did I come to love him and understand what mentoring meant. Many years later I presented him a copy of a book I wrote about Franciscan art. He told me that there was a time when he wanted to write such a book. Thank God he didn't because I doubt there would have been much left to say. In the last decade or so, we...

Brian Tierney was my senior honors thesis advisor in 1959-1960, his first year at Cornell (the date, "1961" in the obituary must be incorrect). The research and writing of my thesis (on the basis in canon law of Pope Innocent III's actions regarding Magna Carta) under his direction was a memorable experience and led me to become a professional historian. My undergraduate study with Brian Tierney was one of the intellectual high points of my life.