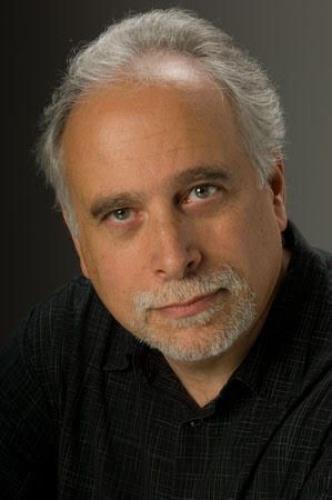 Not the right person? See All ›
LOCATION
Portsmouth, New Hampshire

His career documented traditional musical forms ranging from the Northumbrian pipes in North East England to African-American gospel music in Kentucky to contemporary Scottish music on Cape Breton Island in Nova Scotia to the street and club music of New Orleans and finally to the zydeco-fueled trail rides of Texas and Louisiana. He was a member of the Library of Congress National Recording Preservation Board and represented the American Folklore Society at the United Nations' World Intellectual Property meetings.

He authored seven books, including an encyclopedia documenting the culture of New England, which was co-edited with New Hampshire Senator David Watters. He produced numerous albums of traditional music for Rounder and Smithsonian Folkways. Black gospel music, refugees in New England, and black history in New England, respectively, were the subjects of the three films he produced. He secured many grants, including ones from the Mellon Foundation, the National Endowment for the Humanities, and the National Endowment for the Arts. Burt enthusiastically presented traditional artists at the Lowell Folklife Festival and various venues on Cape Breton Island.

Beloved as a witty, sardonic, and caring father, brother, partner, and colleague, Burt maintained his irreverent sense of humor even after he fell ill. When told he needed surgery that could impact his brain, he said, "Well, I hope this brings back my Hebrew." And, "If you're going to map my brain, will you please put in some points of interest?"

He is profoundly missed by his daughters with his first wife, Maxene Feintuch: Sophie, a program officer at an international human rights organization in New York and Hannah, who teaches English to recently arrived immigrant middle schoolers in Chelsea (Mass.) Public Schools. In addition to his daughters, he is survived by his siblings, Robert, a painter in New York; his sister-in-law, Rona Pondick, a sculptor in New York; his sister, Betty Weinkle, an executive in Colorado; and his long-time partner, Jeannie Banks Thomas, a folklorist who often accompanied him during his fieldwork.

In lieu of flowers, the family asks that donations be made to the Celtic Music Interpretive Centre on Cape Breton Island, an organization that Burt was passionate about: http://celticmusiccentre.ca/store/index.php?route=product/category&path=78. The Centre is a not-for-profit organization that collects, preserves, and promotes traditional Cape Breton music, see http://www.celticmusiccentre.com/.

I was shocked to learn of Burt's death. I worked with him for several years on the Journal of American Folklore and the Encyclopedia of New England. His commitment to his field and to the documentation of New England Folklife brought significant recognition to the University of New Hampshire. He will be greatly missed. My warmest sympathies to his family.

I only met Burt a few times, but he was a wonderful person and I am glad I had the pleasure of meeting him. I am deeply sorry for your loss. Your family will be in my thoughts and prayers.

Burt was a remarkable human being. Knowing him for the past eight years opened my eyes to the wider world of folklore and ethnomusicology. Burt made his mark in this world with his music, writing, research, and humor. He loved his daughters dearly and talked about them often with great pride in their accomplishments and paternal concern about their welfare. He was so proud of them. I am sorry for the Feintuch family's loss and for Jeannie's loss. He accomplished so much and touched so many...

MAY THE THOUGHT OF KNOWING THAT FAMILY AND FRIENDS SHARE IN YOUR GRIEF BRING YOU A MEASURE OF COMFORT.PLEASE READ PROV 17:17

My condolences to all of Burt's family and close friends. I did not know how to contact the family, so I hope you get my message this way...

I met Burt years ago when he was producing an album with Mark Wilson for my father, Buddy MacMaster. I do recall his wit as mentioned in the obituarya good sense of humour is such a gift!

I am sure his work to document different aspects of different cultures and their history will be appreciated for years to come.

Rest in peace, Burt. Hope your Hebrew came back.

Beyond all of Burt's other attributes was his profound love of old time Appalachian music. Burt and I had many a wonderful session in Portsmouth where he would play exquisite fiddle, banjo or guitar. He was a great friend, mentor and UNH colleague whose wry sense of humor got me through many a boring meeting!

Will miss our annual holiday meal before the Kingston contra dance. Loved the bemused look that only Burt could give. Rest In Peace, my friend.

Never miss an update about Burt. Sign up today.