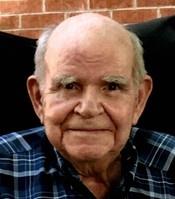 Carl E. Toland
PEORIA - Carl E. Toland, age 95, of Peoria passed away on Saturday, September 12, 2020, at Apostolic Christian Skylines in Peoria.
Carl was born on January 6, 1925, in Baylis, Illinois, to William Donley and Mary Edith (Rose) Toland. He married Marjorie Delores Allensworth on December 17, 1948, in Hannibal, Missouri. She preceded him in death on December 8, 1991.
Also preceding him in death were his parents, three sisters and two brothers.
Surviving are his children, Nora (Cliff) Curtiss of Dillard, GA, Sue (Jim) Hooker of Chillicothe, IL, Carl Leroy (Terri) Toland of Grain Valley, MO, and Marjorie (Patrick) Wahlers of Dunlap, IL; 12 grandchildren; 20 great-grandchildren; and one great-great-grandchild.
Carl served in the U.S. Army during World War II in the battle campaigns in Northern France and Germany and received two bronze battle stars and a purple heart for his service. He worked as a welder for LeTourneau Westinghouse and then for WABCO, retiring in 1985. Carl received his Bachelor's Degree in Theology in 1969 from the Illinois Baptist Institute. He was an avid walker, but his passion was flying. He started flying in 1949, and in 1997, he built his own Ultra Lite Plane.
A graveside service with military honors will be held on Thursday, September 17, 2020, at 11 a.m. at Chillicothe City Cemetery.
Memorials may be made to Wounded Warriors. Online condolences may be made through www.hurdfamilyfunerals.com.

Please accept our Condolences and Deepest Sympathy on Your Loss.

I will miss visiting with him and how polite he was to me. He always called me "Miss," rather than my first name, even after I told him it was okay to call me Emily. He'd chuckle and said "Miss is fine with me." I'm thankful to have known him in the last months of his life.

Never miss an update about Carl. Sign up today.