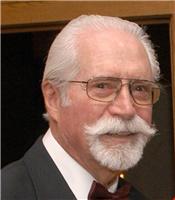 Cecil Comer Post, 95, a 63-year-resident of Las Cruces, passed peacefully away on March 25, 2013. He was born in Weiser, Idaho, on Oct. 2, 1917, the son of Alexander and Willa Pearl Barham Post. He was raised by his maternal grandparents James Newson and Ada Florence Comer Barham. He is survived by Joan McClure-Post, his wife of nearly 25 years; sons, James of Albuquerque, David of West Gardiner, Maine, daughter Jeanne (Alton) Luper of Las Cruces, and stepson Daniel Guziec of Savannah, Ga. He also is survived by grandchildren, Nieve Pearl Robinson of Maui, Hawaii, Nathan Post of Albuquerque, Janice Horn of Las Cruces, and Kimberly (Jeremy) Klassen of Arvada, Colo.; great-grandchildren Rowan Robinson of Maui, and Austin Horn of Trinidad, Colo. He graduated from Woodrow Wilson High School, Dallas, Texas, in 1935. During World War II he served with the Merchant Marines as Chief Radio Officer in both the Pacific and Atlantic theaters. He graduated from New Mexico State University with a bachelor of science degree in physics in 1956. He came to Las Cruces to work in the Electromagnetics Section of the Physical Science Laboratory at New Mexico State University where he became the Antenna Project Manager. He also worked at the White Sands Missile Range. In 1962, he was elected to the science honorary society Sigma Xi for his research and promotion of science. At the time of his retirement in 1981, he was the senior physicist-project manager in the Electromagnetics Section, Engineering Division of PSL. He was active in the community. As a member of St. Andrews Episcopal Church, he served as Senior Warden, usher, and member of many committees. He was a founding member of the Astronomical Society of Las Cruces where he participated as an active amateur astronomer and served in various offices including president. He included many astronomers as his friends, including Clyde Tombaugh who discovered Pluto. In 2001, he was the recipient of the Society's Outstanding Service Award. As a member of the Association of Lunar and Planetary Observers, he kept meticulous records of his observations. He used telescopes he had made for himself. He was an avid photographer. His black and white photographs of Western landscapes and migratory birds grace New Mexico homes. He was a former member of the Professional Photographers of America. After retirement, he distinguished himself as a long-distance bicyclist. In June 1982 he rode from Missoula, Mont. to Anchorage, Alaska, a distance of 3,235 miles, on a 15-speed bicycle loaded with gear. He also rode on a three-week bicycle tour of the People's Republic of China. He liked to travel, whether abroad, to the Annual Conference of the Association of Lunar and Planetary Observers, or to the top of A Mountain. He was a positive person who when asked, "How are you?" always responded, "Never better!" He was preceded in death by his grandparents; his parents; his stepfather Billy McKesson; and by his first wife and mother of his children Barbara Joyce Flesher. Also preceding him in death were his siblings Raymond, Chester, Oakley, Clay, Mildred Zoe Post Jessen and stepsister Betty Thelma McKesson His memorial service will be held Tuesday, April 2, at St. Andrew's Episcopal Church, 518 Alameda Blvd., Las Cruces, at 1 p.m. In lieu of flowers, the family requests donations be made in Cecil Post's memory to St. Andrew's or to the Astronomical Society of Las Cruces (ASLC, PO Box 921, Las Cruces, NM 88004) for its outreach programs in local schools. Service arrangements have been entrusted to the care of Baca's Funeral Chapels and Sunset Crematory, 300 E. Boutz Road, Las Cruces. 527-2222. Your exclusive provider for "Veteran's and Family Memorial Care."

Dear Jeannie, Jim, and David,
We have many wonderful memories of special times spent with your family. My mother, Myra Wood, worked with your mom at PSL, so that is how we became friends. We were guests at your home for slide shows of your dad's adventures. Jeannie, I use to baby sit you! And David was my cello teacher and friend for many years. Good memories and blessing to your entire family.

My husband Raymond and I had the honor and pleasure of knowing you and Cecil when we were members of St. Andrew's Episcopal Church from 1989-1990, before we moved to Santa Fe, and before we moved to Florida. Raymond taught at NMSU back then. We now live in Akron OH, where he teaches at UAkron. One of our treasures is one of Cecil's gorgeous color landscape photos of the Organ Mountains which graces my wall in the Summit County Prosecutor's Office at Juvenile Court, where...

Jeanne, We are very sorry to hear about your loss. Our prayers are with you.

Your father was a remarkable man and I will miss him.

I am so sorry for your loss. I remember your dad's involvement when we were in Rainbow - what a kind man he was.

Joan, We are so sorry to hear about Cecil's passing. We will miss seeing him very much. He was a really great guy, and a good friend to the ASLC.

Jeanne, David and James. Sorry to hear of Cecils passing. He was a great man.

His story of meeting Clyde Tombaugh was a classic, worthy of publishing. He was a great man.
Jerry McMahan, member of the Astronomical Society of Las Cruces.

Never miss an update about Cecil. Sign up today.