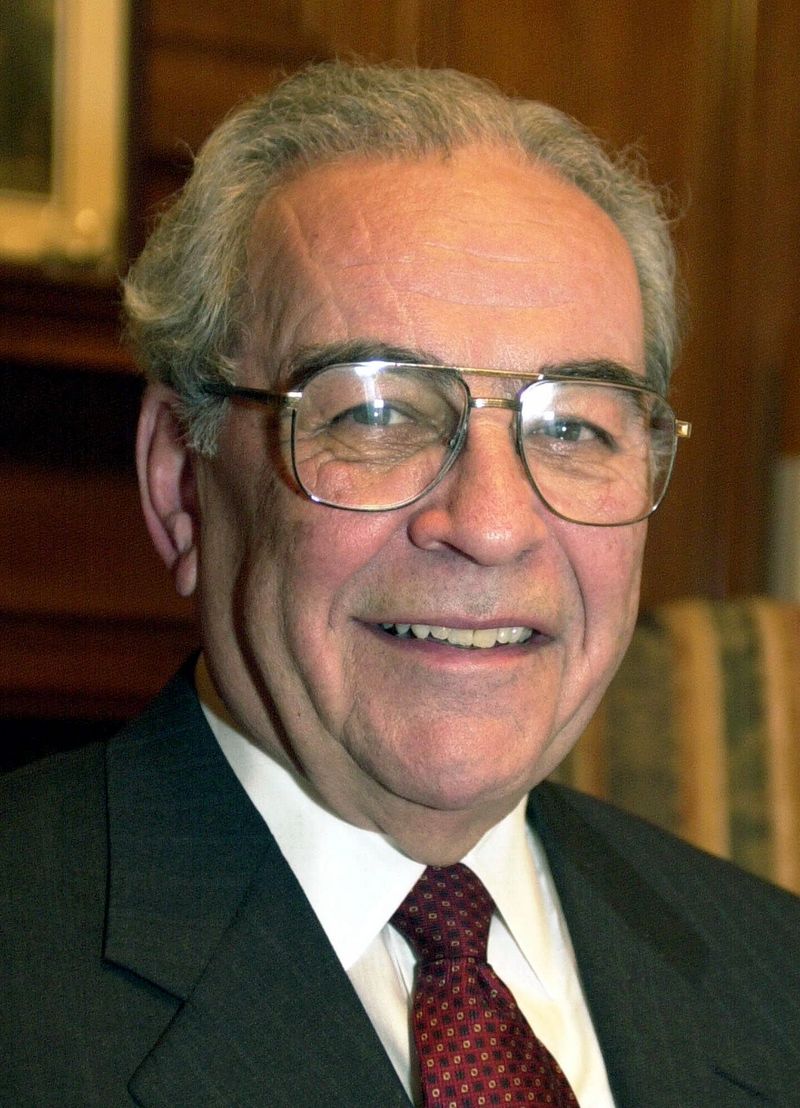 CHARLESTON, W.Va. Cecil Underwood, a high school teacher who went on to hold the distinction of being West Virginia's youngest and oldest governor, died Monday at a Charleston hospital. He was 86. Gov. Joe Manchin's office confirmed the death. Underwood was admitted to Charleston Area Medical Center Sunday and died Monday, hospital spokesman Dale Witte said. Details about the cause of death were not immediately available. Funeral arrangements were incomplete, Witte said. Underwood became West Virginia's youngest governor when he won his first term in 1956 at the age of 34. He won his second term 40 years later on his 74th birthday. "This is a very sad day for all of West Virginia," Manchin said in a statement released by his office. "We have lost a governor who, through his two separate terms, served our state and its citizens with honor and dignity and, most importantly, with class." Underwood entered politics at the age of 22, when he successfully ran as a Republican for the state House of Delegates representing Tyler County. After serving six terms in the House, he won his first four-year term as the state's chief executive. He fought the Democratic-controlled Legislature for four years, but was unable to run for re-election because West Virginia's Constitution then limited a governor to one four-year term. Underwood was drafted to run for governor in 1996, and defeated Democrat Charlotte Pritt, carrying 38 of the state's 55 counties. He called his triumphant return to the governor's office "the most gratifying political experience I ever had." Underwood lost his attempt in 2000 to serve a consecutive four-year term as governor. "I feel very saddened for his family," Pritt said. "He, as an educator, had a long, distinguished service for the state of West Virginia in many capacities." The success of the 1996 election came after several failed attempts to win elected office after his first term as governor. In 1960, Underwood unsuccessfully tried to unseat popular U.S. Sen. Jennings Randolph. He lost a 1964 attempt to regain the governor's office. Four years later, he lost the GOP's nomination for governor to U.S. Rep. Arch Moore. After losing to Moore in a close primary race, Underwood went into political exile for eight years. Moore said the state lost a "fine West Virginian" with Underwood's death. "He served our state in a very excellent way," he said. Underwood's return to statewide politics in 1976 was not successful. He lost to Democrat Jay Rockefeller by 250,000 votes, the worst defeat in Underwood's political career. "He'll be remembered as someone who dedicated his entire life and career to the causes of people around him," Rockefeller said in a statement. "I always enjoyed working with him on opportunities to move our state forward." Underwood held a number of jobs between his terms as governor, including stints as president of Bethany College, and Huntington-based Island Creek Coal Co., Monsanto Corp. and the New York Life Insurance Co. Born in 1922 in Josephs Mills, Underwood spent all of his early years in Tyler County, graduating from Tyler County High School in 1939 and Salem College in 1943. He earned a master's degree from West Virginia University in 1952. A high school teacher from 1943 to 1946, Underwood joined the staff of Marietta (Ohio) College in 1946. He went to Salem in 1950 as vice president, a post he held until being elected governor. He and his wife Hovah, a native of Grantsville, were the parents of a one son, Craig, and two daughters, Cecilia and Sharon. He also had five grandchildren. Hovah died in 2004 after suffering a stroke.

Never miss an update about Cecil. Sign up today.