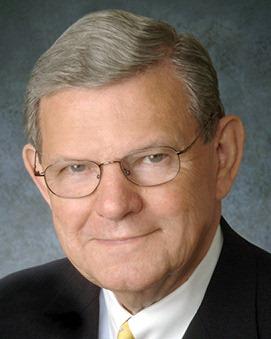 Not the right person? See All ›
LOCATION
San Antonio, Texas

This man and his staff @ Wilford Hall helped save my (future wife's) life. She was diagnosed with A.L.L. while in the USAF in Chicago area,then flown to Wilford Hall and the rest of it = GOOD history. Coltman. what a man... what a doctor.... what a human being!!!!!

My deepest sympathy to the family of Dr. Charles A. Coltman, Jr. upon his passing. I was his Executive Secretary from 1993 - 1999. In addition to the titles mentioned in his obituary, he was also Director of the San Antonio Cancer Institute. I was so happy to see him again a couple of years ago when he joined my friends and me in playing Mexican Train dominoes at Adante Senior Living. Besides having been a great boss, he had a wonderful sense of humor. May he rest in peace.

My deepest sympathy to the family of my forme
boss, Dr. Charles A. Coltman, Jr., upon his passing. I worked for him as his Executive Secretary from 1993 - 1999. At that time, in addition to his mentioned titles, he was also Director of the San Antonio Cancer Institute. Besides being a great boss, he had a wonderful sense of humor. In later years, he joined my friends and I in playing Mexican Train dominoes at Adante Senior Living in San Antonio. He shall be sorely missed!

My prayers are with him and his family.

Please accept my condolences for your loss. Grief can be so hard, but the fond memories you cherish can comfort and sustain you during this time. 1 Peter 5:6,7