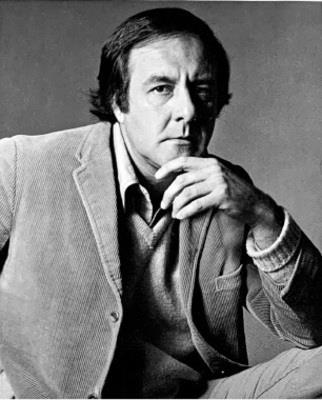 Not the right person? See All ›
LOCATION
La Quinta, California

Charles Laurence MartinCharles Laurence Martin was born in Peoria, Illinois January 30, 1940 and moved with his family to Bellingham, Washington at a young age. His first business venture at age 15 was The Lake Whatcom Piledriving Co. which he started with a friend, building their own barge and...

On March 29, 2005 the first day I met Charlie I knew we would be a friends forever. It is true that we have sustained a shock and a great loss by his passing, but the memories will last forever. His many architectural designs are on display around the valley to remind us he will always be with us. His sense of humor kept me laughing all these years. Summing up Charlie in a few words is very hard to do, but I will try.
Charles Martin was A Proud American, Friend, and a True Gentleman.

IT IS HARD TO SAY GOOD BYE TO MY FRIEND, AND MENTOR. WE FIRST MET EACH OTHER IN 1969, AND CONTINUED OUR WORK TOGETHER ON AND OFF THROUGH-OUT THESE YEARS THAT HAVE PAST.
WE COMPLETED MANY PROJECTS TOGETHER.
CHARLIE TAUGHT ME MANY THINGS BUT, THE MOST IMPORTANT WERE ABOUT INTEGRITY AND STANDING FOR WHAT YOU BELIEVE TO BE RIGHT.

REST IN PEACE MY OLD FRIEND.

I SHALL FOREVER MISS YOU,

Rest easy Lt. Martin. You were a mentor and an exemplary figure to look up to. "the horizontal engineer"

Heaven has an Architect.
I love you Laurence.
Lyman

He was quite a man. I only knew him as a friend. It is with awe that I read his obituary. He leaves his children and grandchildren with such wonderful memories. God bless him.

I'll never forget being blindfolded and led to the edge of the Grand Canyon ... and your great delight in my unveiling and seeing me take in the majesty of one the earth's most magnificent wonders for the first time. Your joie de vivre was infectious. Bless.

This was a wonderful man, and a visionary. He was a friend of my mom as a kid, and he selflessly helped me put together a science fair project at Palm Desert Middle School on solar energy -- in 1974!!!! I am 57 now, and have lived away from the desert for close to 40 years, but this gentleman left a vivid impression on me. Rest well, Mr. Martin.

Having first met Charlie Martin, it was apparent that he was not like the rest of us.
A visit with Charlie was an embrace from another world, of pirates and strange lands and buried treasure.
He spoke simply and you would think you were staring into a campfire, mesmerized to the cadence of a master storyteller. Looking back, I think the 21st century was not Charlie's. In another era, he would have sailed with Bartholomew Roberts or Edward Teach, and served them well.
His...