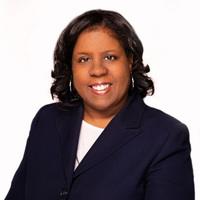 Colette Lamothe-Galette, affectionately known as Tico, was born on July 6, 1974 to her parents Jacques and Claudette Lamothe at St. Barnabas Hospital in Livingston, New Jersey. She is the youngest of 5 children, including her twin, Claudette.  Colette has always been a light who shined bright and excelled in everything she did because she gave her full effort. She attended elementary school at Sacred Heart School in the Vailsburg section of Newark, New Jersey where she was raised. She went on to high school at Marylawn of the Oranges for one year until she and her twin transferred to St. Patrick’s High School in Elizabeth their sophomore year. Upon graduation from St. Pat’s, Colette attended the University of Pennsylvania where she earned a Bachelor’s Degree in Anthropology with a focus in Public Health. Colette later went on to pursue a Master’s Degree in Public Health at Yale University and graduated in 1998. Colette spent the majority of her Public Health career with the State of New Jersey Department of Health where she worked from 2004 until 2019 and held various positions in the Department’s Center for Health Statistics, Office of Minority and Multicultural Health, Office of Strategic Planning and before ultimately resigning as the first Director of Population Health. She took on the role of Senior Program Officer at the Nicholson Foundation in 2019 where she led the early childhood and health initiatives at the Foundation, her position at the time of her untimely passing on April 4, 2020.

Despite her numerous academic and professional achievements, Colette’s primary focus at all times was her family.  She married Saulus Galette (Saheem) at St. Leo’s Catholic Church on January 8, 2000 and together they raised three beautiful children, Valerie (Mima), Nicolas (Nico) and Jessica (Jecca) who are her pride and joy.  Tico and Saheem raised their family in Rahway, New Jersey until relocating to Hillsborough in 2018.

Colette was a bright light who lit up every room she entered with her big smile, hearty laugh and wondrous joy.  She welcomed anyone she met with the same spirit of love, making sure each person she encountered felt like they were the most important person in the room. We have no idea how we will get through this life without our brightest light but know that she would want all of us, especially her children, to continue on, to pursue our dreams and tackle any obstacles as she did, with excellence.

Colette proudly served as Eucharistic Minister for several years at St. John Vianney Church in Colonia and most recently at her new church home, St. Joseph’s Church in Hillsborough. She was a woman of faith who allowed that faith to guide her in every decision she made. Though we will miss her terribly, we understand that this is God’s plan and she is resting now in her father’s kingdom in heaven.

Aside from her husband, Saheem, and her children, Mima, Nico and Jecca, Tico is survived by her parents, Jacques and Claudette Lamothe; her sisters: Lunie and her husband, Carl; Regine and her husband, Amos; and Claudette and her husband, John; as well as her brother, Jean. Colette also leaves behind nieces and nephews, Carla (her goddaughter), Briannah, Samuel, Justin, Zairrah, Jordin, Alexys, Victoria and Jonathan. She also considered her husband’s family as her own and is survived by her father in law Jean Saul Galette, Talamas, his wife Maggie and their children (Sheina, Sean, Shiana, Dexter); Evana and her children (Kervin, Lynly, Georgette and Georjedine); Fednert and his son (Noah). There are not enough pages in any book to name those who will feel lost without our Tico but we know that she would want many of you to understand how important you were to her: Her aunt, Rosette Despinos (Rene); and cousins, Rene Despinos (Vanessa), Natacha Peavey (Hussan),  Gregory Despinos and their children, Lydia, Sinia, Elisha, Grayson and ; Her cousins, Reginald Lohier (Luce), Margaret Jean (Emmanuel), Rood Beauzile and their children, Sebastian, Reginald, Farah, Marvin and Phillip; Her Uncle Pouplard and his son Pouplard Junior; Cousins, and prayer warriors, the Jean Family; her goddaughter Alyssa Boyd (Sheila); her Sisters for Life, Patricia Acloque, Tamare Merovee (Marc), Muriel Fenton, Myrna Fenton-Louis (James), Guerlene Merisme (Yvetho), Carine Fenelus, Isabelle Gauthier (Georges), Evenide Fanfan-Vertule (Vernel) and a host of other cousins, aunts, uncles, nieces, nephews, best friends, colleagues and associates.

The family thanks everyone for the outpouring of love, kindness and generosity during this most difficult time.  While the world is in turmoil, you have taken the time to reach out with words of encouragement, thoughts and prayers and we are forever grateful for your love and support.

The funeral can be viewed online by clicking this link: https://youtu.be/Pf6EfdhlbiE

I think about Colette often and her large loving family she has left behind. I am a nurse that had taken care of her and the short time that I got to spend with her I want her family to know she loved and talked about you. She would smile when she mentioned her children and her husband. I have twin sons and we exchanged stories of her sharing a friendship with her twin sister. I want you all to know that Colette's passing shocked the staff that had the privilege to meet her briefly and many...

What a great woman, I am sure she will be missed by many!

I just learned of Colette's passing and I am sorry for your devastating loss. I was a couple of years behind her at Penn--we were both in the Haitian Student Association that she founded--and I always looked up to her. I haven't seen Colette since those days but I remember her poise, her confidence, and her optimism as if I saw her just yesterday. She was the kind of person whose positive energy spread to all those around her. I send my deepest condolences to your entire family.

I am deeply sadden my dear childhood friend has passed. I will always remember your bright smile and laughter. You gave so much of your love to everyone. You will truly be missed. My deepest sympathy to your family in this time of grief. My tears are flowing for a friend and great girl. God rest her soul in peace.

I worked with Colette at NJDOH and am deeply saddened to learn of her passing. She had such positive energy and always took time to listen to and help others in need. Sending my condolences to her family and loved ones.

I am deeply saddened to know that dear Colette has passed. My sincere sympathies to her loving family, especially her siblings. I am lucky to have called her a friend during our time at Sacred Heart School. She was and is a ray of light always. My deepest sympathies & my prayers are with you all.

My sincere condolences to the Galette and Lamothe families. I worked closely with Colette from 2004 to 2019 on multiple projects and no matter how trying things sometimes became, we always laughed. Her spirit and attitude made her a joy to work with even in the most difficult times. I watched Val, Nico, and Jecca grow up through photos and I know how proud she was of them and how close the entire family is. I am so terribly sorry for your loss. I will always remember Colette fondly and...

my deepest condolences to Colette's family, friends, and colleagues. I am deeply saddened by the loss of Colette, She will be truly miss

Never miss an update about Colette. Sign up today.