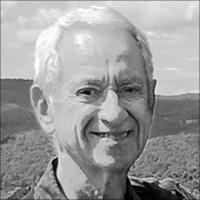 BREAKSTONE, David Beloved Teacher, Writer and Friend David Reich Breakstone, 81, died peacefully at home on April 1, 2020, after a long illness. He was an inspiring teacher with a passion for good writing and a gift for mentoring students and colleagues. He taught writing and public speaking at M.I.T.'s Writing Program and Sloan School. For five years, he was an editor and writer at Boston Children's Hospital. At Brandeis's Heller School, he spearheaded the Team Consulting Project, which gives master's students real-life experience consulting for nonprofit organizations. David was born in Pittsburgh, Pennsylvania, on July 30, 1938, to Zelig Breakstone and Ida Reich Breakstone. He graduated from Taylor Allderdice High School and the University of Pittsburgh, where he received his B.A. and M.A. in English Literature. After college, he moved to Cambridge for graduate study at Harvard. For decades, David was a devoted member of Temple Emmanuel of the Merrimack Valley in Lowell, serving as president from 1987 to 1989. He chaired the Reform Judaism in New England's AIDS Task Force. In Watertown, he served on the building committee for the expansion of the Watertown Free Public Library and helped to organize the World in Watertown's annual MLK Unity Breakfast. He was an enthusiastic member of the Brandeis Osher Lifelong Learning Institute. More than anything, David loved his family and friends. He nurtured a broad network of friends, reaching back to elementary school. His sons Ben and Joel were a source of joy to him. He was thrilled to be "Pup" to granddaughter Phia and grandson Theo, whose birth David celebrated in March. David's greatest love was Sharon Bauer, his wife of 51 years. E.B. White wrote in Charlotte's Web, "It is not often that someone comes along who is a true friend and a good writer." David's family and friends have his treasured letters, notes, and emails to prove that they were fortunate to have known such a person. On April 3 neighbors, spaced six feet apart, kept vigil outside as David's coffin left his house. A handful of loved ones attended a green Burial at Mount Auburn Cemetery and dozens more joined through a live videostream. A larger Memorial Service will be held at David's congregation Temple Beth Zion in Brookline once it is safe for us to gather again. David was predeceased by his parents and younger brother Alan. He is survived by his wife Sharon, son Ben, daughter-in-law Courtney St. Clair, son Joel, daughter-in-law Maggie Mills, granddaughter Sophia, grandson Theodore, sister-in-law Sheila Bennett, brother-in-law David Bennett, and a wide circle of family and friends. For information about making memorial donations or to leave a message, please visit https://www.andersonbryantfuneralhome.com/obits

I was one of David's students at MIT and worked with him as an undergraduate "Associate Advisor" with his advisees. My memory is he lived in Cambridge when we first met but he moved to Watertown before I left and invited me out for a small party at one point. I have a clear memory of standing on a sidewalk in Cambridge when he told me he and Sharon had purchased the house in Watertown. With his usual impish humor, he said "It's a 30 year mortgage, but who is going to be alive...

Sharon, May you and your loved ones be blessed with peace and comfort. I am so sorry for your loss.

After a long absence from David's life I had planned to contact him concerning our family tree this week. I am so sorry that I delayrf. David was a wonderful, kind, "sweet" person. Reading his obituary I see what a great life he led. I am grateful to have been his cousin.
When you are able, would you please email me the names of his paternal grandparents if you know them.
My very sincere condolences.

A wonderful person, teacher, and colleague at The Heller School, he will be missed.

We celebrate the life of this incredible being and send much love to David's family.

I was a second-career Heller school student 1997-1999. I labored over the first speech I was to give as synagogue president on Yom Kippur eve. I asked David to edit it. He removed 30% of the words -- and not one bit of the substance. It was the most remarkable editing job I've ever experienced after a long career as a lawyer and in the non-profit world. He was a wonderful teacher.

Wishing you comfort and peace as you grieve David's death. Sending Light and Love.