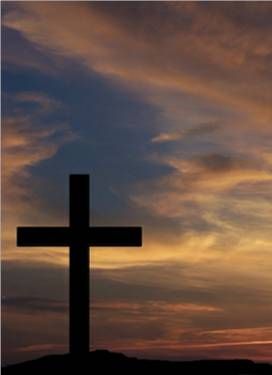 David Ward Havens, M.D., age 72 of Springfield died Monday February 28, 2011 at North Crest Medical Center.  He was born January 21, 1939 in Westhampton, NY to the late Philip Ward and Anna Roth Havens.  Dr. Havens was a member of Springfield First United Methodist Church and was a retired psychiatrist. He received his bachelor degree in 1960 from University of Rochester, his MD from Harvard Medical School in 1964. He was a veteran of the United States Air Force, serving as a Captain at March Air Force Base from 1968-1970. Dr. Havens operated a private psychiatric practice in Boston, MA from 1970-1992, a practice with an emphasis on integrating Christian faith with treatment in Hendersonville and Springfield, TN from 1992-2007.  David has been active in the United Methodist Church, Bible study, prayer and Christian fellowship his entire life. He was a trained vocal tenor who performed with the University of Rochester close-harmony group, “The Yellow Jackets” during his undergraduate days. He was an amateur organist and computer buff, spent much of his life enjoying camping, canoeing, kite building and flying, vintage radio shows and small-carpentry projects. He was also the author of, “A Heart is Healed,” a book of spiritual reflections on the nature of loss, grief and healing.

Memorial services will be held at 4:30 pm on Thursday March 10, 2011 at the Springfield First United Methodist Church, 511 South Oak Street, Springfield, TN 37172, and will be officiated by Dr. Frank Billman and Dr. Fred Hembree.  Jonathan Dow will render the musical selections. The family will receive friends at the church beginning at 3 pm on Thursday. Surviving him are his wife of 48 years, Sarah (Sally) Dayton Havens of Springfield, sons and daughters-in-law, Andrew Ward and Christina Rosch Havens of Columbus, Ohio, John Charles and Stacy Derezinski Havens of Maplewood, New Jersey, grandsons, Daniel Ward Havens, Nathaniel Philip Havens and granddaughter, Sophie Joan Havens. If so desired, donations to either Springfield First United Methodist Church or The National Parkinson Association would be appreciated by the family as expressions of sympathy. All donations may be sent care of the Robertson County Funeral Home.

Nine years tomorrow you went home. I think of you often. The BABB Center isn't the same by far. Miss those little brain teasers. But most of all we're all in still missing you.

Tomorrow will be 9 years since God gained such a special angel.Your always missed and never forgotten.

I still think of you often. Today is my 3 month appointment and I can only wish it were you that will be sitting in that chair today. There are so many times I wish that I could talk to you about things. I'll always miss you..Your friend, Cynthia