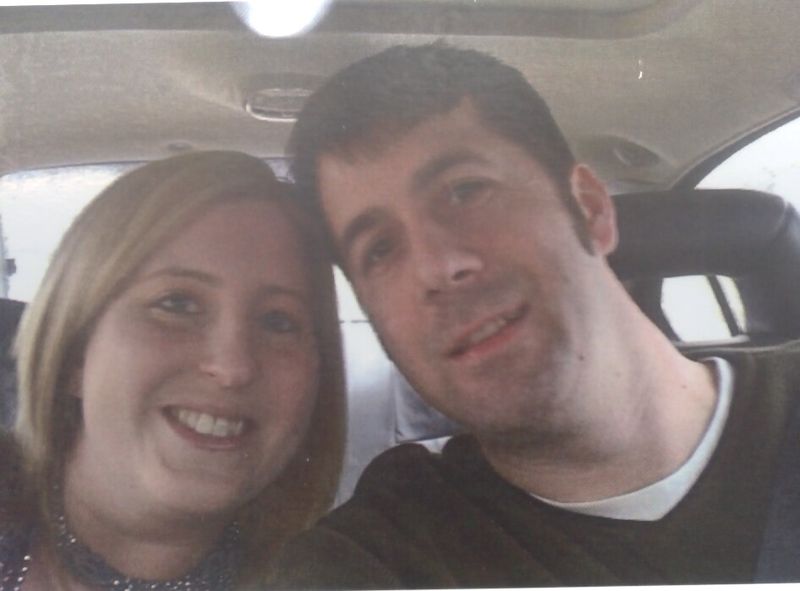 John Dion and Jennifer L. (Buxton) Longworth passed away November 10, 2012. They were residents of Indianapolis. Dion, 34, is survived by his father, John Longworth (Dotsie) of Indianapolis; mother L. Elaine Scorcea (Victor) of Spottsville, KY; grandmother Kathy Higgs of Evansville; 2 sisters, Emily Voss (David) of Indianapolis, and Brookley Longworth of Paducah, KY; step brothers, Bill Butz (Amber) and Roland (Vineeta) Scorcea; and step sisters, Julie Butz and Kaitlyn Ogden; nephews, Tylor Smith, Finn Palmer, Jett palmer, and Dominic Voss; nieces, Lilly Voss and Chloe Butz. Dion was a 1996 graduate of Henderson County High School, Henderson, KY, and a 2002 graduate of Purdue University at IUPUI. While attending college, he had been involved in the chemistry and drama clubs, played intramural basketball, and ran cross-country. He worked for a variety of electrical and optical technology companies during the past ten years. He had worked at Indy Audio Labs as director of product development and technology since March 2011. His creative and technical contributions directly effected the development of several award-winning electronics products. Dion loved sunflowers and took pride in the pear hybrid tree in their backyard. He had an almost encyclopedic knowledge of native wildflowers. Dion loved his bright yellow GTO. He restored them in the past, and painstakingly rebuilt them. The sunshine color was kind of his trademark, which everyone would recognize when he drove down the street. Family, friends and co-workers will remember Dion as a creative, engaging man with an eye for classic GTO cars, expertise in audio technology, and a quirky sense of humor. He was quick to help with a new speaker system at work, or to pitch in with a family member's film project. Jennifer, 36, is survived by her parents Don and Nancy Buxton of Greenwood; grandmother Regina Kutney of Cincinnati; two brothers; Jed Buxton (Diana) of Bargersville, and Andrew Joseph "Joe" Buxton (Laura) of Greenwood. Jennifer was a 1994 graduate of Center Grove High School. She was a 1998 graduate of Ball State University, and received her Masters Degree from Indiana Weslyan University. Jennifer had a reputation for personal attention for all of her students, taking whatever time necessary to make each one feel special. Her efforts, such as the scarves and hats she made, were an inspiration to the entire Southwest staff and anyone else who knew Longworth. She had taught at Southwest for her entire 12-year professional career. She came to the school as an aide in 1998 then joined the staff full time at the start of the school year in 1999. Jennifer served on the parent-teacher organization board as a teacher representative for the past two years. She helped Southwest develop a school wide positive behavior system to make the school more inclusive and reduce problems such as bullying and tardiness. She and her husband were avid Indianapolis Colts fans, and she wore her jerseys, sweatshirts and other gear throughout football season to show her spirit. One of her favorite hobbies was crafting. Her classroom was decorated with uniquie creations, posters, and individualized decorations for student desks. She met with a group of retired teachers as part of a crafting club, either making cards or scrapbooking. She had recently discovered Pinterest, where she could find unique ideas to help teach students to count money, a program for an automatic seating chart, and a way to use newspapers to teach personal space. A memorial mass will be at St. Barnabas Catholic Church, 8300 Rahke Road, Indianapolis, on Monday at 10 AM. The visitation will be on Sunday from 4-8 P.M. at Wilson St. Pierre Funeral Service & Crematory, Greenwood Chapel, 481 West Main Street, Greenwood. Parking will be available at the funeral home, and a school bus shuttle will be available from Greenwood Community High School to the funeral home all afternoon and evening. The family has requested, in lieu of flowers, that memorial contributions be made to either of these memorial funds for Dion and Jennifer: Johnson County Community Foundation Longworth Fund, P.O. Box 217, Franklin, IN 46131 or to the Dion and Jennifer Longworth Memorial Fund, Central Indiana Community Foundation, 615 N. Alabama Street #119, Indianapolis, IN 46204

Dion was my dad's cousin. I remember going to his funeral when I was about about 8. When we were walking through what was left of their neighborhood, I remember seeing a bunch of burnt out cars in garages. I never met him, but I cried and so did my dad.

Never miss an update about Dion and Jennifer. Sign up today.