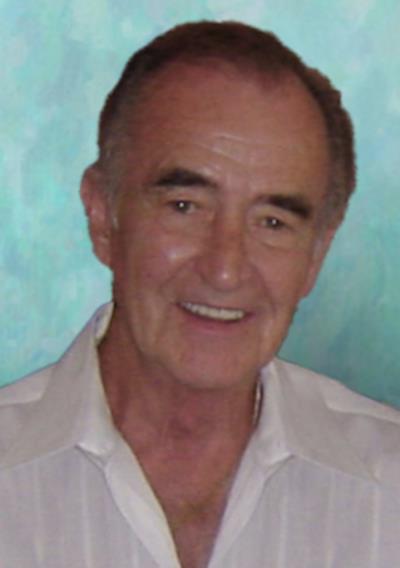 Don Howell, 82, of Sedalia and Lakewood, Colorado passed peacefully in his home on April 27th, 2021.

Don’s journey began in Larned, Kansas April 6th, 1939 as the second son to Dale and Vera Howell.  Inspired by his parents’ work ethic and business acumen, and by his older brother Dale who was his idol and best friend, Don grew up appreciating hard work, strong family values, and self-reliance, with an affinity for beautiful cars and the great outdoors. But the small town of Larned could not fulfill his dreams and ambitions. After earning a BA in Business from Emporia State University, KS, he was drafted into the Army, put on ready deployment during the Cuban Missile Crisis, and completed 5 years in the reserves.  Upon completing his military service, a coin tossed “heads” dictated a move to Colorado where he soon purchased a seven-acre ranch dubbed “Triple HK Ranch” (in Perry Pines) where he raised his two sons, Dale and Todd.  Together they worked on many projects which included building a barn for the horses they enjoyed riding at every opportunity.  In the early 1970’s Don purchased The Mining Record, which had been Colorado’s daily newspaper during its gold rush days.  He built this company into an international mining publication with the help of his partner of over 20 years, his son Dale.  In 2009, Don was awarded the Lifetime Achievement Award for his dedication to the mining industry.  But if you asked Don, he would tell you his greatest accomplishment was his two sons whom he raised with the same family and work values he learned at an early age.  He was proud of the men Dale and Todd became.

Don lived his life with no regrets. His motto was: “If a little bit is good, a lot is better”! First, and foremost, this applied to his big heart and the unconditional love he extended to every member of his family.  He loved to work hard and play hard.  Don was a natural adventurer – he loved downhill skiing, driving stick-shift cars, fishing at Lake Powell, scuba diving, and traveling wherever time and opportunity would allow. Don’s height of happiness was sharing life with his soulmate, Sasha Karpov.  They were inseparable in their quest for new experiences and adventures, journeying to Europe, Russia, China, Egypt, Africa, South America, the Caribbean, and many road trips throughout their 28 years of marriage.

Don is survived by his wife, Sasha, his sons, Dale and wife Chrissy, Todd and wife Norah, and his two granddaughters, Hailey and Hannah, plus nephew and four nieces. A private burial ceremony for the family will be held at Crown Hill cemetery. A celebration of life will be announced at a future date.

In lieu of flowers the family asks that friends make contributions to the Jackson 105 Volunteer Fire (Perry Pines), a volunteer group setting an example of community service. Donations can be sent to 435 N. Perry Park Road, Sedalia, CO  80135.

"Without any fanfare, the mining industry lost a wonderful and great contributor to the mining industry. Don Howell was a giant to the mining publications field, having documented many of the industry milestones over the past 50 years. He always managed to position his Mining Record booth at the entrance to many of the major trade shows, being the first and last person welcoming attendees as well as giving them a place to sit, chat and rest after a long day of walking through the...

Don was a real gentleman and truly loved life. My wife, Lydia Mangan and Sasha were long time friends and Lydia was part of Don & Sasha's wedding as was Sasha part of Lydia and my wedding. We shared many a Russian Christmas and many a glass of wine over the years. Thank you Don and Sasha for all the good times.

It was a pleasure meeting Don and seeing him each year at the SME Annual Conference! He always had a great smile and had some great stories to tell. From the bottom of my heart, my condolences to Sasha and the whole family!

Don had one of the biggest hearts. Together Don and Sasha made an incredible team. They demonstrated giving in a big way. I will miss the summer calls telling us Don was leaving bags of apples on our porch. Don and Sasha gave of themselves to so many. It is evident how they loved each other and loved people. Thank you for your lifelong example of this Don and Sasha.....Don you will be forever missed, your legacy lives on through your boys and sweet granddaughters.

Don was one of the kindest Men I have ever known. His Cowboy Spirit will live on. Loved this Man! Blessings on Sasha, Dale and Todd. We Love you all.

Please accept my heartfelt condolences on the loss of your loved one, Don. May God give you strength and comfort during this difficult time. (Psalms 46 :1)

Never miss an update about Don E.. Sign up today.