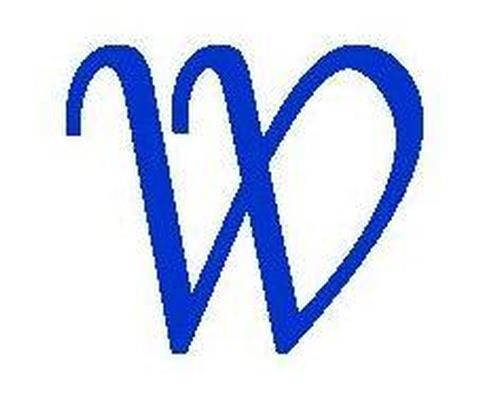 Don Kay “Jug” Reynolds passed away unexpectedly on January 9, 2019 in Fort Worth, Texas

Don Reynolds was born on May 29th, 1937 in Odell, Texas to Fess and Mable “Skeeter” Reynolds. As a child he traveled with his parents from rodeo to rodeo across the U.S. while his father, Fess had jobs as a Bull Fighter and Rodeo Clown and presented his trained Brahma Bulls in various routines during the rodeo performances. His mother, Skeeter also participated in performing her trick riding skills in each rodeo. Of course, at a very early age Jug was taught to trick ride and trick rope, which added to their family rodeo performances. He soon became a child actor and picked up the billing title of “Little Brown Jug”. Jug appeared in over ten (10) motions pictures with well-known stars such as:  Roy Rogers & Dale Evans, Gene Autry, Charles Starrett, Eddie Dean, Smiley Burnett, Peggy Stewart, Jim Bannon. John Hart & Emmett Lynn.  In 1949 he became the last child actor to play “Little Beaver” in the Red Ryder - Little Beaver series of four (4) movies along with Jim Bannon.

Jug married Cynthia Kieschnick in Vernon, Texas in 1960, they had their first son, Troyce in Vernon.  In 1962 they moved to Ojai, California, where Jug went to work for Jesse Kahle in the horse department of Thacher School.  He considered Jesse a father to him.  Jug’s day was filled with horse shoeing, teaching the boys of Thacher to ride. He also spent every weekday afternoon with them at the gymkhana field at Thacher. He delighted in taking the boys on week-end camp trips (he usually packed that mule with his sour dough starter for pancakes) when not camping he was taking the boys to horse shows around the Ojai Valley. It was not unusual to see Jug riding around the Thacher campus with his dog “Tag” balancing on the back of his horse. In 1966 Jug and Cyndi had their second son, Shawn. They were blessed to have been able to raise their boys on the Thacher campus.

In 1974 Jug left Thacher School and started his own horse shoeing business in the Ojai Valley. He also enjoyed roping with his roping buddies, especially his brother Sled and his best friend Darryl Wallace.

In 1989 Jug left Ojai and went to work for his brother Paul “Sled” Reynolds owner of “Gentle Jungle” who provides trained animals for motion pictures.  Jug worked for Sled on “The Lord of the Rings” Tribology, “Kate & Leopold”, the Wild West show at Universal Studios and various other films.

In 2001 Jug retired to Bowie, Texas. While living in Texas he met Bob Terry, an Old West and Western Film Historian. Bob and his wife Johnie, became amazing friends and care takers of Jug. Bob and Johnie were a blessing to Jug’s two sons, Troyce and Shawn who lived in California, and could not be with their dad on a daily basis.  The Reynolds family would like to thank the Terry’s for their friendship and appreciate them adopting Jug into their family as their own.  But most of all, the family wishes to thank them for introducing Jug to the Lord.

In 2015 he had the honor of being inducted into the “Texas Rodeo Cowboy Hall of Fame” at the Fort Worth Stock Yards.

He also leaves behind sisters, Sammy “Spooks” McCaffery and Glenda “Muffin” McConnell, brothers Paul “Sled” Reynolds and Fess “Ridge” Reynolds.  Along with numerous cousins, nieces and nephews (who may or may not have had all these weird nicknames) and who represents the states of California, Texas, Oklahoma, Utah, Nevada and Ohio. He will be greatly missed by his dear friends and loving family. God Bless Dad. We love you!

Don may you rest in peace. From an old friend from Robert Fulton Jr. Hi. Tom Whitebirch.

We met Jug about 6 years ago and became very close friends. He and Joe shared collecting Daisy BB Rifles. Like two little boys, if one got a new gun, he couldn't wait to show his "new toy" to the other. We will miss his smile and sharing rodeos and jamborees at our Cowboy Church. He loved listening to music. A wonderful man and friend. We love you Jug.

He was a loving father and husband. We will meet again someday in our heavenly home.
We made a lot of good memories and are proud to have two wonderful sons and four loving grandchildren.

We will miss him everyday of the rest of our lives. He always called us his Texas Family and that was true.

Thank you for being a part of the Gene Autry group here in Dallas. Your story is so unique and inspiring to all of us. May you Rest In Peace with our precios Lord.