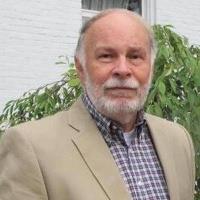 Dr. William S. "Bill" Bryant, of Lawrenceburg KY, lived an amazing life. Known by most as either “Billy”, “Bill”, or “Dr. Bryant”, he was a generous friend and always a teacher.

Born November 9, 1943 in Frankfort, KY, Bill is the son of Elizabeth McMurray Bryant of Lawrenceburg and the late Willard Emerson Bryant. He was also preceded in death by his brother Robert E. Bryant and his great aunt Vena Bryant.

Bill grew up in Lawrenceburg Ky, raised on his family farm, where he learned the value of the land, its importance to the natural world, agriculture, and human civilization.

He was encouraged to pursue a high level of education by his parents and his Aunt Vena, and completed his undergraduate studies at Tennessee Tech in Cookeville TN; then attended SIU in Carbondale Illinois, to complete a masters degree and ultimate PhD in Botany/Ecology.

Dr. Bryant was a strong family man, loving his family as only he knew. Encouraging of his wife Barbara, and his children Ronda and Chris to have quality educations and careers, as well as enjoying life, he led by example. His love of his grandchildren revealed another softer side, and he couldn’t show more pride in them.

A man of conviction and always educating himself, his passions on Earth were of books and learning, the wildflowers and trees of Kentucky, and the history of the people of this great state.

His career at Thomas More College lasted 37 years, many of those leading the biology department as chairman. He also served on numerous boards for the counties and state in which he lived.
The Kentucky chapter of the Nature Conservancy was his first major contribution, in which he served as the first Vice President of the organization at its inception in the early 1970’s.
The Soil Conservation districts of Northern Kentucky, as well as the state level, were benefitted by his leadership and constant energy.

Through all Bill’s life, he taught everyone in his path about Life, Nature, and he showed all of them his “old friends”, the trees and wildflowers, of Shakertown and the Smokies, and beyond, to each and every individual who he led on nature walks and classes.

Boone County Cliffs Nature Preserve, Flora Cliffs, the Dinsmore Homestead, Anderson County Historical Society are strong to this day, largely due to his leadership and constant passions.
He taught not only ecology, botany, aquatic sciences, and general biology, he also became an expert in Kentucky history, and taught that subject for years.

His legacy is just beginning, as the family and students he taught and encouraged, the many nature enthusiasts he encountered, and the very many who read his articles and research materials, continue to advance the life he led.

Teddy Roosevelt would be proud of this man, as we all are.
He will be missed on this Earth in which he made a difference!

A Celebration of Bill’s Life will be held Sunday September 8th beginning at 3:00 PM at the Lawrenceburg First Christian Church, 300 S. Main St., Lawrenceburg, KY.  A time of visitation will be held prior to the service from 1 – 3 PM at the church.

Arrangements are entrusted to the Ritchie & Peach Funeral Home. Condolences to the family may be expressed at www.ritchieandpeach.com

Bill, Dr. Bryant, was my college advisor and mentor at TMC in Crestview Hills, KY. The first day I sat with him to discuss my studies I knew he was going to be the professor I would respect for his dedication to his work. As an adult coming back into the college scene with a family, work and full-time academic load, he made the process seamless! His love for the nature and botanical endeavors will always be carried in my heart. His passion and attitude in sharing his love for biology...

Dr. Bryant was one of my favorite professors at Thomas More. His passion and his humor were a remarkable blend to bring to his classroom. To this day, I am an avid gardener and tree-hugger. Rest In Peace, Dr. Bryant. You were one of good ones.

I was a relatively new non-traditional student when I took Dr. Bryant's Biology of Aging evening course. Saying he encouraged me is an understatement. I was an undeclared major at the time, and Dr. Bryant helped me believe in my abilities and select a major. I am forever grateful for his advice and his compassion!

My deepest sympathies on his passing. I will miss him.

Love you Ronda and family. Have been thinking of you all often. Please call if you need anything.

Dr. Bryant will always be remembered as such a dedicated and caring professor at Thomas More across his rich legacy there. He was such a critical mentor and advisor for me personally during my years at TMC, 1984-88. His kind and compassionate way of interacting with his students remains a treasured highlight of my years at TMC that to this day brings a smile to my face. Godspeed, Dr. Bryant. Know that youre loved.

Dr. Bryant was one in a million. He cared about us, his students, and I think we all had a special bond with him over the years remembering his passion for teaching, his encouragement, and his smiling face. I have happy memories of all of us students bouncing around in the back of his red pickup going on field trips (that was before seat belts were a concern)! Barbara, Ronda and Chris, my heart goes out to you. I have precious memories of spending time with you all. Please know that I am...

Dr Bryant was loved respected and will missed

Never miss an update about Dr. Bill. Sign up today.