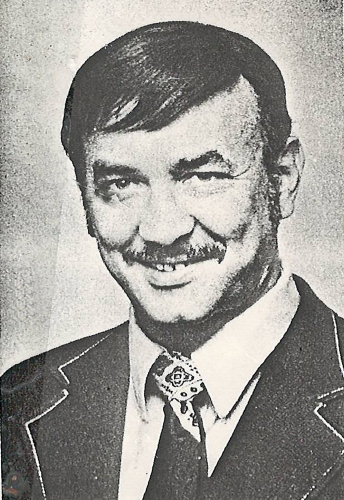 He was a member of Divine Mercy Parish, Shenandoah.

Ed Graduated from MCHS and Stevens Trade School, Lancaster, with a major in journalism. He was an avid sports fan who began his career with the Record American. His profession led to coverage of the Philadelphia Eagles and Flyers for the Sunday Bulletin and Inquire. The family relocated to Canada, where he covered Canadiens Hockey, skiing, golf and the 1976 Olympics for the Montreal Gazette and was editor-in-chief of the French-owned Sunday Express. He met many sports celebrities during his career, including Muhammad Ali, Bobby Clark and Mike Schmidt to name a few. He published a book "Humor in Hockey" that included all the Broad Street Bullies.

After moving back to the coal regions, Ed worked for the Shenandoah Evening Herald and Hazleton Standard Speaker, where he wrote many human interest stories about the "old-timers" and extensively covered the Sheppton Mine Disaster in 1963. After retirement, he enjoyed climbing the mountains around Schuylkill County looking for fossils, spending time with his family, friends and his husky named Blue.

Edward is preceded in death by son, Barry.

He is survived by his wife of 60 years, Bonnie (Jakubowska) Conrad; sons, Edward M. and Robert, both of Shenandoah; two sisters, Patricia Donohoe, of Ocean City, N.J.; Mary Conrad, of Venice, Fla.; brother, Joseph, of Brookhaven; by two grandchildren, Robert and Bonni Conrad; one great-grandchild, Haili Conrad; nieces and nephews.

Services will be private at the convenience of the family. Louis D. Truskowsky Funeral Home & Crematory Inc., Mahanoy City, is in charge of arrangements. Visit www.truskowskyfuneralhome.com to sign the guest book and send sympathy cards.

I will miss you, Conrad.

So sorry, Bonnie. He was an unforgettable man and a close long-distance friend. Dominick Merle. Montreal

I worked for a time with Ed Conrad at a local newspaper. I admired Ed for his kindness. He had many interests and often told amusing stories. I pray the Angels welcomed him to paradise. Farewell, Mr. Conrad. Rest well.

I have fond memories of the Conrad family in Parkwood, Chambly. Sorry to hear about your dad’s passing. He was always so approachable and talkative. may he RIP.

Hello Conrad Family. I would like to wish you my sincere condolences. After reading Ed's obit, you are losing quite a guy. What good memories you will have.

Edward Conrad was passionate in his own personal pursuit of the truth. He was courageous and fearless regardless of how others perceived him or how others reacted to his message which shocked and surprised him as much as anyone else. I found him to be inspirational in that regard. He was generous with his knowledge and shared it as a persistent presence on the internet and through other writings. He will always be remembered by those who have shared his interests and the search for...

To cousin Edward's family my deepest sympathy on hearing of Eddie's passing.

Very saddened to hear about Ed's passing. Knew him for decades as a friend and fellow journalist. I had the opportunity to interview Ed to write a feature story or two about his discovery of fossils. Also knew him through the antiques field. He was quite an accomplished man and I'm grateful to have known him.

Bonnie and Family, Im very sorry to hear of Ed's passing. Ed and my Dad William O'Brien were good friends actually the last time I saw Ed was at my Dad's funeral in which He gave a very touching eulogy. He leaves me with fond memories of their friendship. May Ed Rest In Peace. Bonnie I was only young and we lived on Chestnut St. in Shenandoah I have a picture of My Mom, my brother Christopher and myself all dressed up on the front porch...we were going to Your and Ed's wedding and I believe...