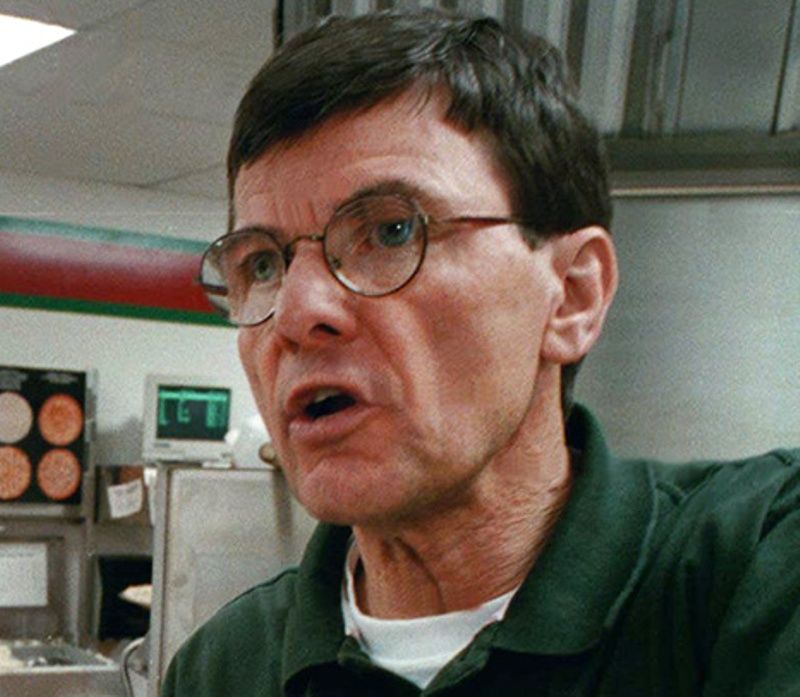 Frank L. Carney
December 2, 2020
Wichita, Kansas - Frank L. Carney, 82, took the early flight to Heaven Wednesday December 2, 2020. Born in 1938 to Michael Henry and Mary Frances Carney, he is most recognized as the co-founder of Pizza Hut with his brother Dan. Entrepreneur, business leader, mentor, loving husband, brother and father, his reputation of integrity was born of his deep-seated Christian faith. His driving force of providing opportunity is highlighted by one his many quotes, "It's not about making money, it is about making lives."
As president and Chairman of the Board of Pizza Hut until 1980, after the sale to Pepsi-Co in 1977, the many board of directors' positions held includes, Intrust Bank, Chairman of Wichita Area Chamber of Commerce, National Restaurant Association, Pepsi-Co, Chairman of the International Franchise Association, Southland Corporation (7-11), Steamboat Ski Corp., Steamboat Investment Corp., Chi-Chi's, and Chairman of the Board of Western Sizzlin, also serving in many capacities of leadership for Wichita State University and the Center for Entrepreneurship.
The partial list of Lifetime awards, include Kansas Hall of Fame Inaugural Class 2011 with fellow inductees President Dwight Eisenhower and Amelia Earhart, the Kansas Business Hall of Fame, '03, MUFSO Man of the Year, IFMA Silver Plate Award 1975, Wichita Business Hall of Fame Laureate '97, International Franchise Hall of Fame, and IFA Entrepreneur of the Year 1983.
Always recognizing the importance in life of including joyful experiences, Frank became the managing general partner for the Wichita Wings Soccer Club, seeking to inspire and give back to the community he so loved. Years of competition as race car driver, spanning '73 –'85, culminated in the ultimate joy of winning first in class of the 24 Hours of Daytona in '76 and '77, driving a Porsche 911S with his racing partner, the late Dick Davenport. A runner and competitive tri-athlete, his disciplined passion transformed Frank into an avid golfer in later years.
Frank is preceded in death by parents; sister, Pat Hansen; brothers-in-law, Jerry Jonas, Paul Skolaut; sister-in-law, Beverly Carney.
Frank is survived by his wife, Janie, and her daughter, Megan (Nick) Metcalf; the children of his first marriage, Darin Carney of Portland, OR, Brian (Julie) of Hailey, ID, Sheila Carney of Boise, ID, Peter Carney of Denver, CO, Mara (Brian) Bruce of Greenwood Village, CO, Keir Carney of Laguna Niguel, CA, and their mother, Ardath (Scott) Kimmich; children of his second marriage, Trevor (Carrie Crawford) of Austin, TX and Tressa (Dan) Diebes of Ranch Palos Verdes, CA, and their mother, Zenda Martin Carney; siblings, Mary Ann Skolaut, Dan (Gayla) Carney, Sally Jonas, all of Wichita, Jerry (Nyla) Carney of Knoxville, TN, Peter Dennis (Debbie) Carney of Ft. Worth, TX, Eileen (Larry) Nevers of Longmont, CO, Sharon Bishop, Colleen (John) Reals, both of Wichita, Mike (Jama) Carney of Lenexa, and Joe (Margaret) Carney of Overland Park, KS; grandchildren, John Carney, William Carney, Kyra, Anthony Carney, Mia Carney, Kayla Carney, Whitman (Lauren) Levy, Anna Bruce, William Bruce, Eddie Carney, Emma Carney, Gavin Carney, Crawford Carney, Maverick Carney, Grey Diebes, Jude Diebes, Wyatt Metcalf, Mylee Metcalf and Elyse Metcalf; great-granddaughter, Brynn.
Rosary will be Thursday, December 10 at 7:00 pm; Funeral Mass will be Friday, December 11 at 2:00 pm, both at Church of the Magdalen, 12626 E. 21st N., Wichita, Kansas. Due to COVID-19 travel recommendations and capacity restrictions, Mass will be also live-streamed. A celebration of life will be planned for late spring of 2021. For those in attendance, social distancing and masks will be required.
Memorials include: Holy Savior Catholic Academy Building Fund, 3000 E 13th St. N., Wichita, Kansas 67214 and Frank Carney Alzheimer's Research Institute, c/o Via Christi Foundation, 3600 E. Harry, Wichita, Kansas 67218.
Services in care of Downing & Lahey East Mortuary. Share tributes online at: www.dlwichita.com

May your hearts soon be filled with wonderful memories of joyful times together as you celebrate a life well lived. Please accept my sincere condolences.

Sending our love, prayers and condolences to the family. We grew up with the Carney's in Wichita. We attended the same schools as the Carneys including Frank. So proud of what he was able to achieve. Frank was very special to the Green Family. John Green, Michael Green, Jane Green McShane, Patrick Green and Marian Green Girrens now deceased

Thanks for Pizza Hut

You will be truly missed

With sympathy and condolences for your loss. Cherish the fond memories you shared. May God comfort the family in this time of sorrow.

Worked at PHI from 1972-1976 and was astounded to find that Frank knew the names and faces of his employees. It was not uncommon to pass him in the hall and have him greet you by name. Best job I ever had.

My deepest condolences to the Friends, fans, and Carney Family for your loss. At this difficult time, may God comfort and strengthen you.

Church Of The Magdalen