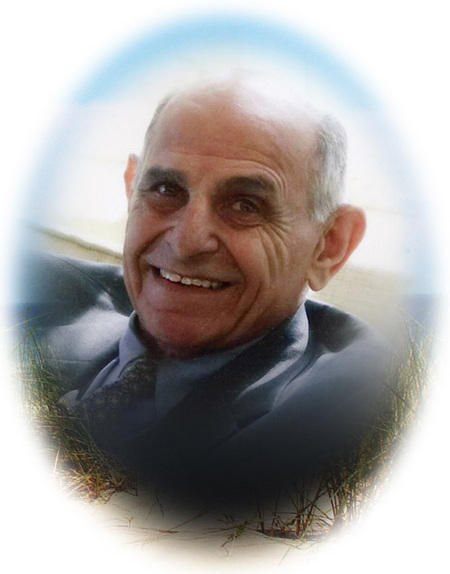 George John LaHood, Jr., 85, of Valdosta, was born in Valdosta to the late George John LaHood, Sr. and Mary Hanna LaHood, who were immigrants to the United States from Lebanon in the early 1900's. He attended Valdosta High School, the University of Georgia, and graduated from the Georgia Military Academy. He served briefly in the US Navy, where he met his wife of 68 years, Gonza. Mr. LaHood owned and operated a construction company for more than thirty years; he also founded Fellowship Home, and directed operations there for nearly three decades. After he reached 70 years old he built more than 10 motels. An avid pilot, Mr. Lahood flew and owned planes for all of his adult life. One of his passions was Paso Fino horses. He was one of the first to bring Paso Fino's from their native Puerto Rico and breed them in the U.S. Mr. LaHood gave his life to Jesus in 1973. His relationship with the Lord became his passion and it was reflected in every aspect of his life. He led chapel services at Fellowship Home for over 30 years. He traveled all over South Georgia singing and giving his testimony in churches. He loved his family and he and his wife have given to them sacrificially his entire life. He had the gift of faith and was larger than life. He will be missed by his children, grandchildren and great grandchildren. Survivors include his wife Gonza Beam LaHood, of Valdosta; his daughter, Pam LaHood Akins, of Valdosta, two sons and daughters in law, George John III (Buddy) & Lynn LaHood, and Charles and Elaine LaHood, all of Valdosta; ten grandchildren, Rhett Akins of Nashville, TN, Brooks (Michelle) Akins of Valdosta, Eli (Candee) Akins of Atlanta, Sally (Trav) Paulk of Ray City, John (Crystal) LaHood of Valdosta, Becky (Mabry) Smith of Valdosta, Matthew (Val) LaHood of Valdosta, Melissa (Ben) Hayslip of Nashville, TN, Hanna LaHood of Atlanta and Laura LaHood of Hahira. Also surviving is a sister, Ann Joseph of Valdosta, twenty three great grandchildren, numerous nieces, nephews and many beloved family members in Cherryville, NC. He is preceded in death by a great granddaughter, Aubrey Laine Cooper, a brother in law, William (Bill) Joseph. Special thanks are given to Joe Glenn Smith, a spiritual mentor; Dr. Francis Coleman, doctor and friend; Bill Bowen, trusted friend and business partner; Rosalie MacWilliam and Charles & Bonnie Minter, lifelong friends; and Ludelle Smith, Evelyn Wilson, Taffia Hunt, Rhonda Wright, Oterice Simmons, who were faithful caregivers. A celebration of life for Mr. LaHood will be held at 2 p.m. on Wednesday, March 6, 2013, in the chapel of Carson McLane Funeral Home. Pastor Chuck Hall will officiate. Burial will follow at Hillcrest Memorial Gardens in Brooks County. The family will receive friends from 6 until 8 p.m. on Tuesday, March 5, 2013 at the funeral home. In lieu of flowers, donations may be made in memory of George LaHood at www.cff.org or Cystic Fibrosis Foundation of Georgia, 2302 Park Lake Dr. NE, Atlanta, GA 31345-2896. Condolences may be conveyed to the family on the obituary page of www.mclanecares.com Carson McLane Funeral Home