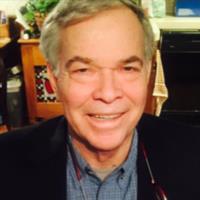 John Gilmore Game, 'Gil', passed on Friday, February 21, 2020 at his home in Charleston, SC at the age of 76. The relatives and friends of Mr. and Mrs. John Gilmore Game are invited to attend his Funeral Service 11:00 Wednesday, February 26, 2020, at the James A. McAlister Chapel, 1620 Savannah Hwy, Charleston. The family will receive friends between 5:00 and 7:00 PM Tuesday evening at the funeral home. Burial will be private.

The son of Garnet Williams Game and Sarah Munn Game, Gil was born on November 11, 1943 in Florence, SC. Gil was the youngest of four children: Janice Nogales of Washington, Lynn Pope of Arizona, and the late Ann Martin of Charleston. Gil graduated from St. Andrew's High School in 1962 and the Citadel in 1966. Following Graduation, Gil entered the Marine Corps as a Lieutenant.

Gil served Charleston as a Certified Public Accountant and business owner for over 40 years. He was a partner in Gamble, Givens & Moody, LLC, CPAs and Biddlecomb, Game & Wise, PC, CPAs. Gil was a long-time member of The Exchange Club of Charleston.

Gil married Suzanne Sweeten on June 18, 1966 at Blessed Sacrament in Charleston SC. They had four sons, four grandchildren, and a great grandchild due in April 2020. Gil enjoyed boating and football, especially cheering on James Island and The Citadel. He also enjoyed spending time with his family and his friends from the Citadel '66 G Company.

In Lieu of flowers, the family requests donations to be made to the local Juvenile Diabetes Foundation, 1122 Lady Street Suite 640 Columbia, SC 29201.

Gil, love you! You fought a good fight! Now Rest In Peace!

Roy and I are so very sorry for the loss of your dear loved one. We loved cheering on the Trojans right there with Gil and of course watching the kids grow up were the best of times. Well keep you all in our thoughts and prayers.

From John & Devon Gamble, Suzanne,we want to send our condolences to you and your family.i always enjoyed working for Gil,he always made work fun.

He was a lovely man, with a lovely wife & family. I will miss him terribly.

To Gil's family and friends:

We are sorrowed to lose such a genuine good person as Gil. He has been in our thoughts and prayers.
There is not much to say.
Mere words cannot replace the wholeness of Gil, but we mourn with you and will remember him always.
Please accept our heartfelt condolences.

Im sorry for your loss and My deepest condolences to you and your family, Amen

Such a wonderful picture of my amazing uncle. We are all going to miss him greatly. All my love to my aunt Suzanne and my cousins. ❤

So sorry to hear this, so much of my childhood at Nativity involved your family and the joy and welcoming way that you have to me and everyone who came into your lives. Peace and prayers for everyone and thankful for Mr Games life!

I will miss you dad

Never miss an update about Gil. Sign up today.