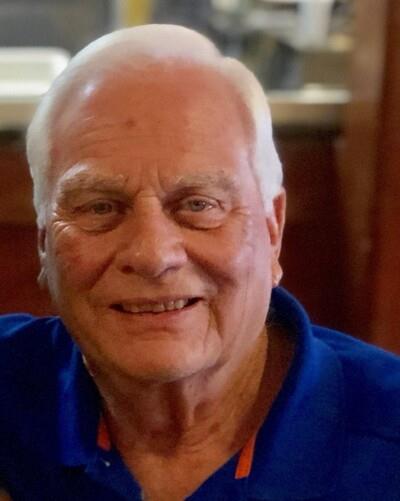 It is with great sadness we announce the passing of Glenn Howard Carlson on Monday, November 30, 2020 after a severe heart attack. Glenn was in his 79th year.

Loving father of Melissa McCaleb of Grapevine Texas, and Monica Beeman, spouse, Doug Beeman of Atlanta Texas. He was the proud grandfather to Brianna Watkins and Abigail Watkins. He is survived by his beloved Cat, Mr. Billy.

Glenn was a member of Highland Park Baptist Church and he loved the Lord.

Fondly remembered by his extended family and many good friends.

Glenn was originally from Tucson, Arizona. He graduated from Northern Arizona University in 1966. He was also the longtime owner of Carlson’s Brick and Utility in Tucson.

He loved boating and being on the water in his favorite two cities, San Diego, California and Jacksonville, Florida. He was an avid Florida Gator fan for 30 years. When not watching the game, he could be found outside working. He was a hard worker who was passionate about landscaping and yard work.

His favorite past time was watching Gunsmoke and doing crossword puzzles.

Glenn and his beloved Georgia traveled across the country seeing many views for 20 years. He loved taking Georgia on extended cruises, and his favorite all-time trip was going to visit the Mount Rushmore Monument.

One of Glenn’s favorite verses in the Bible states, “Be strong, vigorous and very courageous, be not afraid or dismayed the Lord your God is with you wherever you go” (Joshua 1.9).

Glenn was greatly loved and will be greatly missed.

You will be missed my brother. Frannie and I loved you Very much. We Thank you for all help. You were a Good man, who took care of your family. We Loved you. You will be greatly missed. Andy and Frannie.

Never miss an update about Glenn. Sign up today.