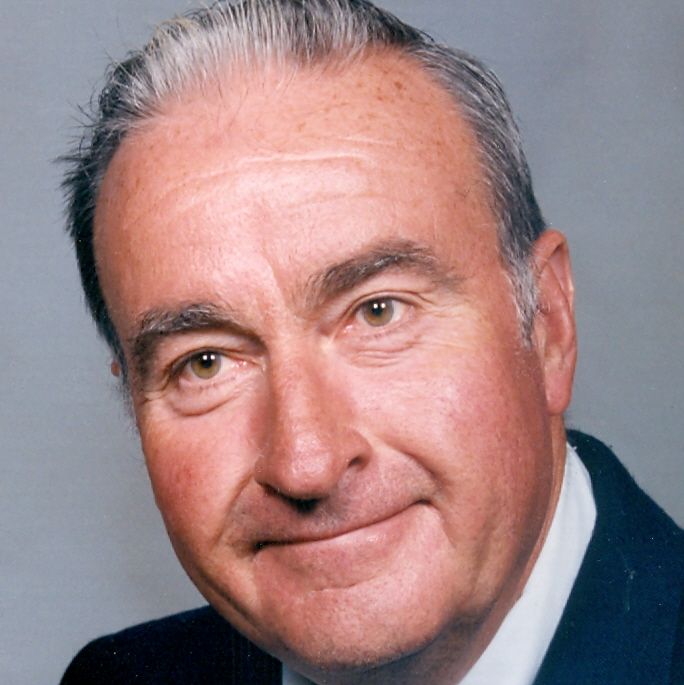 Hugh Gillmer Kroehle, 78, of Warren, died Friday, April 17, 2009 at home following a short illness, surrounded by his loving family. He was born August 15, 1930 in Cleveland, the son of Ralph and Marion Gillmer Kroehle, and was a life-long resident of Trumbull County. He was an expert on classic automobiles and was an avid admirer of antique cars, car models, trains and car literature. A graduate of the University School in Cleveland and Hobart College in Geneva, N.Y., Mr. Kroehle served in the U.S. Army during the Korean War. Following his army service he worked for General Fireproofing in Boston, where he met his bride of 49 years, Lida McMahon. Upon his return to Warren, he became the Vice President of Peerless Electric Company and worked in the investment field. His love of cars led to the founding of Kroehle Lincoln-Mercury in Youngstown, Shenango Lincoln-Mercury in Sharon, Pa., and Sunshine Ford in Benson, Ariz. Mr. Kroehle was a member of Christ Episcopal Church and a number of organizations and clubs including the Buckeye Club, the Trumbull County Historical Society and the Trumbull Country Club. A great philanthropist, he was the Chair of the Board of Trustees of the Ralph and Marion Gillmer Kroehle Foundation, and a founding member of the National Packard Museum. Surviving are his wife, Lida McMahon Kroehle, whom he married August 15, 1959; three children: Karin Kroehle Ferrell of Mentor, Kimberly Kroehle (Joseph) Opauski of Sykesville, Md., and Keith (Elaine) Kroehle of McDonald; four grandchildren: Samantha Gillmer Ferrell, Samuel Theodore Kroehle, Katherine Lida Opauski, and Natalie Grace Opauski; and a sister, former Trumbull County Commissioner and State Representative, Margaret Kroehle Dennison. Preceding him in death are his parents and a brother, David G. Kroehle. A memorial service will be conducted 10: 00 a.m. Friday, May 1, 2009 at Christ Episcopal Church, 2627 Atlantic St. N.E., Warren, Ohio 44483, with Rev. Donna L. Maree officiating. Interment will take place at a later date in Oakwood Cemetery. In lieu of flowers, material contributions may be made to the National Packard Museum, 1899 Mahoning Ave. N.W., Warren, Ohio 44483. Arrangements are entrusted to McFarland & Son Funeral Services Co., 271 N. Park Ave., Warren, Ohio 44481. Please visit www.mcfarlandfuneral.com to view this obituary and send condolences.

Never miss an update about Hugh. Sign up today.