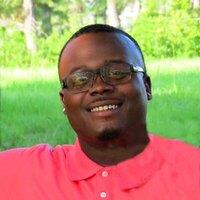 Ja’Tavion lived in Hugo until the age of five. In the summer of 1998 Ja’Tavion’s mother relocated the family to the Oklahoma City Metropolitan area. Ja’Tavion attended school and church while there and developed a host of friendships.

Ja’Tavion was a member of Rising Star Baptist Church where he was baptized and accepted Christ at a young, tender age. He graduated from Oklahoma City Centennial High School in 2012. At OKC Centennial he was known for his football talent and it is also where he earned his nickname “Hershey”. He loved his family and children and took pride in being a great father and guidefather. Ja’Tavion also loved playing cards, football, basketball, dominoes, board games, video games, music, old school cars, dressing well, smelling great, laughing hard and helping everyone that he could. Ja’Tavion had the biggest heart and gave to anyone in need. Ja’Tavion loved the country life and enjoyed helping the city of Hugo by delivering meals to feed the elderly. He had the brightest smile and touched so many lives and will truly be missed, but never forgotten.

My deepest condolences you are in my prayers. Opal james

Man I miss you may you fly high Hersey

Never miss an update about Ja'Tavion "Hershey". Sign up today.