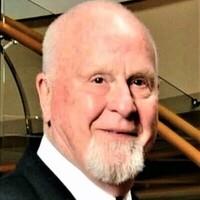 A memorial service for James Hughes 82, will be held on Saturday, October 9,2021 at West Erwin Church of Christ at 10:00 A.M. Stan Clark will be officiating and there will be a visitation in the church foyer following the service.

He was married to Sue Epperson Hughes on December 16,1967. James graduated from Tyler High School in 1957 and went into the Marine Corp. he often said when he got off that bus at Camp Pendleton and they started yelling at him, he wished he was back home with his Mama. Although, he would tell you it was the best decision he ever made. He believed in once a Marine always a Marine. After his tour of duty, he attended Tyler Junior College. In 1962, he went to work for the Cotton Belt Railroad and worked there for 40 years.

James loved cars, especially Porsches. He traveled all over the U.S. in his 1958 red Porsche 356. He loved traveling with the Porsche 356 Tub Club. He always enjoyed any adventure that would get his adrenaline going, like going rock climbing in a jeep or rafting through the Grand Canyon. He also loved working on antique clocks and ride his bicycle. He loved going to Oklahoma to shoot guns with his buddies. He had a lot of hobbies and a lot of dear friends to do them with.

James and Sue attended the West Erwin Church of Christ for many years. James worked in the

Benevolent ministry. He worked for the Karing Kitchen team as chief dishwasher. He also helped deliver groceries from the food bank for distribution at the benevolent center. Most Sundays you would find him on watch as part of the Safety Team as well.

He was preceded in death by his parents, Oscar and Susie Hughes.

James was a dear sweet Christian man, never flashy, just good. He never wanted attention drawn to him, but we are now.

If desired, memorials may be made in his honor, to the West Erwin Church of Christ Building Fund at: 420 West Erwin Street, Tyler, Texas.

Some of my fondest biking memories were those with James and Adam. We biked all over East Texas and each trip was full of laughter. RIP.

I was able to work with James for many many years and always enjoyed the time with him and visiting with his family at their home. I am so sorry to see that he passed away. He was a friend to all that wanted him to be and his high standard's were always there with him. He will be missed by so many and will always be a good memory and time well spent. Our prayers are with the family and for God to grant them peace. We are so sorry. I do know that his spirit and soul are in the presence of The...

James, we missed you on drive your Porsche day! As we say keep the faith, see you up there.

James was a very sweet, friendly & generous man. Generous with his time, being a quiet servant to God in his work at West Erwin Church of Christ.

James has been my friend for 20 years, he was everything you could want in a good friend, I will miss him every day. He was so proud of Adam and loved Sue completely, he was an honest, hard working Christian.

In loving memory of a wonderful person. You made everyone around you feel so loved and special. We will love you and miss you always Uncle James.