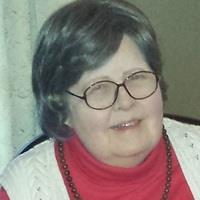 Janet Emily Anderson Menzer, age 84, died on August 2, 2020 due to complications from a kidney stone at Frederick Memorial Hospital, Frederick, Maryland. She was born July 25, 1936 in Dayton, Ohio, the daughter of the late Jalmer and Inga Anderson. She graduated Phi Beta Kappa from Miami University of Ohio, and held a Master’s degree in American History from Ohio State.

She taught English at her alma mater, Fairmont High School in Kettering, Ohio for one year, after which she worked in a professional capacity for the U.S. Departments of Labor, Defense, and Education. She also worked briefly in a Congressional office and held a part-time position with the Montgomery County Federation of Teachers. She retired in 1999, after completing 17 years with Montgomery County government. In retirement she worked 2 years as office manager for Habitat for Humanity of Montgomery County.

After 34 years in Rockville, she moved to Frederick in 2002, where she became a member of the Unitarian Universalist Congregation of Frederick. A virtual memorial service is planned for later this Fall.

She is survived by her three children, David Brian of Indianapolis, Amy Elizabeth of Baltimore, and Steven Richard of Brooklyn, New York, three grandchildren, and one great grandchild. Burial will be in her family’s plot in Eau Claire, Wisconsin. Her husband of 50 years, Herman Richard Menzer, Jr., died in February, 2019.

In lieu of flowers, the family suggests contributions to the Unitarian Universalist Congregation of Frederick, 4880 Elmer Derr Road, Frederick, MD 21703. Janet would also want you to be sure to vote for Joseph Biden for President this November.

Dear Amy, David and Steven, George and I send our most heartfelt and sincere condolences to you. Dick and Janet had been our neighbors at Worman's Mill and we were friends and visited many times during the years. After Dick died and Janet moved to Tranquility, we took her out to lunch from time to time. Covid made that impossible lately. Still, we called her and spoke to her last some time in July when she sounded good and strong. We are saddened by her passing and will say a quiet prayer...

Dear Amy, David and Steven: My thoughts and prayers are with you at this time of sorrow for the passing of your Mom, Janet. She and I had the best of times when we were living on Duke Street with all the other neighbors. Tana and Amy playing together with their Barbie Dolls when young, and Steven and Tommy playing in the street with their bikes or footballs.

Janet and I got to form a great friendship over the years and her kindness, generosity and love will never be forgotten...

May your hearts soon be filled with wonderful memories of joyful times together as you celebrate a life well lived. Janet was a gift to all. My Deepest Sympathy. Rita Jardine

Mary and Arnie Hammer fondly remember our dear neighbor of many years in Rockville. Wee send our sincere condolences to her children and family. May she rest in peace.