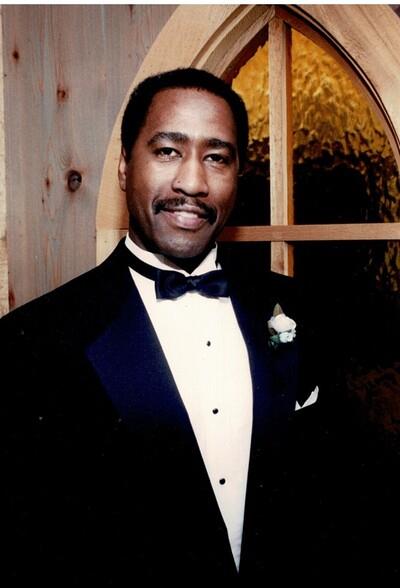 Jerry was a devout Christian who gave his life to Christ at an early age. He was born in Macon, Ga., where he graduated from
Ballard Hudson High School in 1969. He later received a football scholarship to attend Morris Brown College in Atlanta, Ga, obtaining a Culinary Arts Degree in Institutional Restaurant Management.

Jerry began his professional career in the World Football League playing for the Jacksonville Sharks and the San Antonio Wings. Shortly after, he began his NFL career playing with the New York Jets, where he played Defensive Corner back. His football career ended after 4 years due to an ankle injury.

Shortly after football, Jerry began working for Hyatt Regency Hotels, where he served as a Food & Beverage Director for 18 years before working as an Operational Manager for Walt Disney World in Orlando, Fl. until his retirement.

Jerry met the love of his life, Mrs. Sandra Davis on August 1987. They later married on December 27,1990, and have continued their love union for 32 years until his death.

Jerry loved life, football, and his family. Although very athletic, he was quiet in his own right. Jerry was a pilar in the Summit Greens community where he resided. Generosity was one of his many gifts. To know Jerry was to love and adore him. There was nothing that was too challenging. He was always willing to lend a helping hand.

Rest now my friend. Your memories will always be with us. Condolences to the family. James and Liz Jarvis

Jerry, my brother- I missed our young High School football days ! May you Rest In Peacewith God !!! Charles Boyd “88” class 69

Rest In Peace Mr Davis. I enjoyed your presence in our lifetime. You were an Athlete and a Scholar and a Great Humanitarian.

My heart felt condolences to the family.

From one cornerback to another. Rest In Peace Jerry. Good Bless the Davis family.

To Brenda, Janice, Carolyn, and the entire Davis Family, My prayers are with each of you! I don't think I've seen Jerry since childhood days, but, in reading his obituary, he had an awesome life experience on earth. It is now time to allow him to experience God's additional treasures that we can only visualize. Keep the faith and the love you shared within your hearts. Sincerely, Debra Hamilton Farley/Hampton, VA by way of Macon, GA.

Sorry to hear that Jerry passed, he was my across the street neighbor and friend but I share condolences and prayers for the family to stay lifted and trust God.

Jerry was always a great athlete. He could always outrun us, but we did not tell him. We made excuses for why he outran us. We said, "We stumbled coming out of the blocks or we bumped into somebody and broke our stride." Nate and I were playing varsity football together, and Jerry could outrun us then. That is why we called Jerry "Jet" because he could fly! He was concerned about fair play and humanity, not just to win. "Maybe, God needed a defensive back to...

My sympathy to you Sandra and the loss of Jerry! i met him back in college where we played football together! He later rejoined me at Disney where we both had very good careers! He will certainly be missed, but most of all he is in the presence of the Lord. I can be reached at 407 342 3813 for you reference. I will continue to keep you and family in my thoughts and prayers!