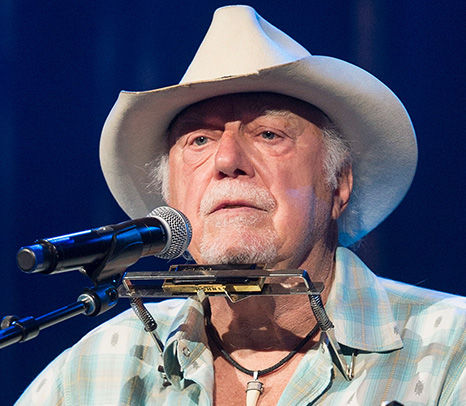 Jerry Jeff Walker was a singer and songwriter best known for his enduring composition, "Mr. Bojangles." For full obituary and coverage from Legacy.com, click here.

Jerry Jeff is just taking the Gonzo Circus to a different city that's all. See you down the road cowboy!

Jerry Jeff saw you live many times and loved every performance.

I first heard about Jerry Jeff the end of the 70s. I broke up with my girlfriend and was heartbroken Jerry had an album out called a man must carry on it helped get me over it. Turn me loose I'll never be the same!!! Love you Jerry jeff. Timmy d sloan

Jerry Jeff. Probably one of the greatest songwriters ever. Came to our college, Bemidji State U, in 1976. Was hooked. JJW was a great American poet! Will be so greatly missed.

I was introduced to JJW back in the 80's by my good friend Dave, we traveled from nearby Delhi to hear him a few times in Oneonta and NYC. Never will forget his show at Damaschke field in the 90's or at the Oneonta Theatre several years later. I always hoped to attend one of his Birthday Bash's but never made it, but I consider myself fortunate that I was able to attend several of his shows. RIP JJW and keep on playing.

Was introduced to Jerry Jeff music on my 20th birthday. Since that time, your music has helped form a part of the soundtrack for my life.

Thank you for the songs, the memories they bring, and for the introduction to Belize.

I Met him in a.....actually at the Yellow Door Coffee house in Montreal - 1968...He already had a 3 or 4 page printed list of all the places he had played. Saw Jerry Jeff as often as I could....even after moving to Calgary, caught him there a few times - then moved further west and saw him play the Commodore Ballroom in Vancouver.
The world is short one bright shining star......a one of a kind talent.
Sincere condolences to Susan, Django, and Jessie......

I had the honor of serving as Jerry Jeff's touring sound company for many years during the mid-70s. My crew and I listened in awe many nights from just off-stage to the collective musical genius Jerry Jeff and the multi-talented Lost Gonzo Band exhibited. Long ago I lost connection with the Austin music scene. With great sadness just yesterday I learned of Jerry Jeff's death. To Susan and family, we share your loss...your pain. Jerry Jeff was an icon to the musical world and a loving friend...

Loved Jerry Jeff's songs, concerts and humanity. You will be forever loved and treasured. My prayers for you, Susan, Jessie and Django + your extended family and friends.