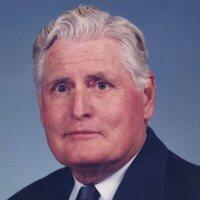 Jerry Taylor Paul was met in Heaven by the words of Jesus “Well done good and faithful servant” on January 6, 2022, only nine days shy of his 96th birthday. Taylor was born January 15, 1926 in Brownfield, Texas to Samuel Zachary Paul and Laura Isbell Paul.  Taylor attended Abilene public schools graduating from Abilene High in 1943.  Following graduation, Taylor enlisted in the US Army, went thru officer’s training and subsequently served as an officer in the US Army Medical Corps Branch commanding a medical unit that trained medics for combat duty during WW2.  During that time Taylor married his high school sweetheart, Mary Nell Baker, on January 29, 1944 in Abilene, Texas.  After Mary Nell’s passing away April 1987, Taylor was married to Juanice Wells for twenty five years until her passing away in March 2013.

Following discharge from military service, Taylor attended and graduated from Hardin Simmons University while also serving as student body president and playing on the  golf team.  While still in college, Taylor began his relationship with the automotive parts service industry by working for an Abilene automotive supply store.  During that time daughter, Carol Ann, and son, Jerry, were born.  Following graduation from Hardin Simmons with a business degree, Taylor moved his family to Lubbock, Texas to work for a NAPA automotive parts supply store during which time son Tommy was born.  On December 1, 1954, Taylor received an opportunity to purchase the NAPA Tyler Automotive Supply store.  A couple of days later Taylor and family headed to Tyler not ever having been to East Texas.  Immediately, after settling in, the Paul family became part of the Green Acres Baptist Church charter membership group thus beginning a 66 year ministry serving as deacon and head usher. Taylor was recently recognized by GABC as Head Usher Emeritus.

Taylor was an avid golfer having grown up on the golf course at Abilene Country Club.  Early on, at the age of eight, he began caddying and learning to play the game at which he excelled.  At the age of eighty, Taylor shot his age – decided that was a good time to retire his clubs.  On most weekends Taylor could be found at Briarwood CC with his golfing buddies.  For forty five years he met with his McDonald’s breakfast pals – meeting every weekday and Saturday morning at 6 am solving the problems of the world!  Sunday mornings, Taylor could be found unlocking the doors for the morning services at Green Acres Baptist Church.

Visitation will be 5-7 pm, Wednesday, January 12, 2022 at Jackson’s Burks-Walker-Tippit, Tyler, TX.  A graveside service, led by Reverend Bob Green, will be held 10:00 am, Thursday , January 13 at the Cathedral In The Pines Cemetery, Tyler, Texas under the direction of Jackson’s Burks-Walker Tippit.  A memorial service, conducted by Reverend Dr. David O. Dykes, will be held at 11:00 am, Thursday, January 13 at the Green Acres Baptist Church Chapel.  Grandsons and great-grandsons will serve as pallbearers.  Honorary pallbearers will be past and present ushers at Green Acres Baptist Church.

Psalms 84:10 “I would rather be a doorkeeper in the House of God than dwell in the tent of wickedness”

So sad to lose such a dear, kind, and gentle soul. Taylor was my brother-in-law, having married my wife Lue Ellen Tantzen Gregory’s sister Juanice. Taylor exemplified our Lord in a beautiful way. He was one of my biggest Facebook fans. He will be missed! We love you Taylor, Lewis & Lue Ellen Gregory

Taylor was a big man, both in stature and heart. He will be missed by all who knew him.

Taylor Paul was one of the finest men I ever knew. His smile, his handshake, a warm and genuine hug when I needed it most. Never will I forget. May you be comforted during this difficult time of loss. Thank you for sharing him with us. My life is better for having known Taylor and Mary Nell Paul.

Always caring and always the gentleman, will miss his smile, RIP my friend

Carol Ann and family, Tedra and I are deeply saddened by Taylor’s passing. Over the years, we enjoyed short visits during his walks with his dog, laughs around the dinner table at Taco Tuesday and his descriptions of family events. He had a laugh and sense of humor that brightened our day. When mom was gone, he’d come over, pick up the papers from the drive and put them out of sight by the garage. What a wonderful, good friend and neighbor he was. We are losing a good friend but the Lord is...

God could not have provided a finer gentleman than Taylor Paul to be my first boss. As a high school and college student, I loved working for him for many years and wouldn’t trade those days for anything. I loved this man and was extremely blessed to have him as my friend.

Such a dear, kind man. Our thoughts are with your family.

A giant of a man and truly God's servant. Sundays will never be the same without a huge hug and a story from Taylor. So sorry for the loss to Carol Ann and all his family members. He was so proud of all of you.

Never miss an update about Jerry "Taylor". Sign up today.

The Cathedral In The Pines Cemetery