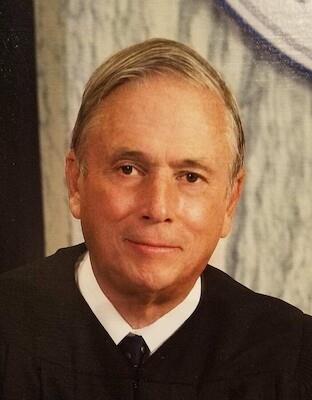 Not the right person? See All ›
AGE
86
LOCATION
Reno, Nevada
CHARITY
The Charity of your Choice
Make a donation

Judge Jerry Whitehead With deep sorrow we announce the passing of our beloved father, Retired Judge Jerry Carr Whitehead on October 12th at 86 years old. He was the son of James Whitehead and Elizabeth Carr, both educators. He grew up in rural Kansas and graduated from K.U. and then Washburn Law...

He was a wonderful and kind man. My condolences to his family. God bless you all.

My sincere condolences to Judge Whitehead’s family, friends and staff. I mediated dozens of cases with him over the past 20 years and I thoroughly enjoyed working with him. He was very wise and very talented. My thoughts and prayers are with his friends and family and I hope you all will find comfort in knowing that your father/friend/colleague was a wonderful man and touched many lives for good.

I count myself very lucky to have met Judge Whitehead and had many wonderful conversations. Judge Whitehead possessed incredible intelligence and life experience, yet such a humble and honest nature.

I admired his Honor! My condolences to his family!

Joel, Cub, and the entire Whitehead Family - We are sending you all love and prayers. We are so sorry for your loss.
Annalisa, Jason, and Family

Jerry Carr Whitehead was one of the great lawyers or our time. He served his country in the US Army, served his state of Nevada as a hard working, fair District Judge, and during the last two decades, served his profession by acting as a mediator of disputes that were in litigation. It is fair to say that he was one of the ten best known, and most appreciated, litigation mediators in the United States. His passing marks the end of an era.

I was a law clerk for the Judge, and there is no question he impacted my life immeasurably. I learned more with him one year than I did in the following ten years. The Judge was selfless and kind, and eager always to impart his knowledge to younger attorneys like myself. There is no greater gift in this world than having someone impart knowledge, and to take the time to do it. I truly enjoyed my year with him, and our friendship. I know the other law clerks feel the same way. The Judge...

Fond memories... Breen, McDonald and Young. Only 55+ years ago. You were Only an associate and had so many adventures to conquer I had of you.

Condolences and prayers to the Whitehead family.