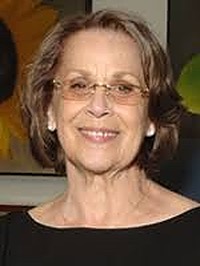 Joan Sherar Hunt, PhD, DSc (hon.) died peacefully in her home in Kansas City on April 20, 2019 at the age of 84. The daughter of Marion and Retus Sherar (Paola, KS) is survived by her son Thomas R. Hunt, III, MD, DSc (Houston, TX), her four grandchildren (and daughter-in-law Teri), her brother James Sherar (Asheville, NC), as well as many close friends throughout the world. Her life was one characterized by spectacular accomplishments, ranging from achievements that markedly advanced biomedical science to those that fostered gender equality at a time when little focus was placed on that subject.

After raising her son, she returned to school, earning her terminal degree from the University of Kansas at age 49. With that, she was off, eventually to become one of the world's foremost reproductive immunology scientists, making discoveries that not only advanced understanding of the immunological aspects of human reproduction but also gave rise to important clinical applications in medicine. Until her retirement in 2011, her groundbreaking work was continually funded by the National Institutes of Health. In all, her external grant funding totaled well over $61 million. She authored over 158 original scientific articles and 34 book chapters, edited 5 books, and delivered countless scientific presentations to include 203 invited research presentations across the globe. At the close of her career, Joan Hunt ranked in the top 1% of all cited authors. She served on the editorial boards of 10 scientific journals and was the Editor-in-Chief for the Journal of Reproductive Immunology.

Her awards and accolades are simply too numerous to recount. She was honored to serve as Visiting Scholar at St. John's College (University of Cambridge, UK) throughout 1999. Importantly, her successes were recognized by the University of Kansas through appointment as University Distinguished Professor in 2000 as well as induction into the University of Kansas Women's Hall of Fame in 2007. In 2001, after serving as a member, then the first woman chairperson, of Human Embryology and Development-1 Student Section for the National Institutes of Health, and as a member of the National Center for Research Resources Advisory Council, she received the National Institutes of Health prestigious Distinguished National Service Award. The University of Guelph, Canada awarded her Doctor of Science honoris causa in 2003.

Though her personal successes were numerous, her early life experiences ignited a deep passion for teaching, mentoring, and helping launch and foster the careers of talented trainees and colleagues, especially women scientists. Through her administrative positions as Senior Associate Dean for Research and Graduate Education, Vice Chancellor for Research and President of the Kansas University Medical Center's Research Institute, and Vice Chancellor for Biomedical Research Infrastructure, as well as the initiator and guiding force in the Kansas Institutional Network for Biomedical Research Excellence (linking 10 Kansas campuses), evidence of her focus on mentorship is abundant. Similarly, such emphasis can be seen outside the university, as a president and leader within multiple professional societies, and within the local community. Her unwavering support of underrepresented groups, especially women, led to her induction into the University of Kansas' Emily Taylor Center for Women & Gender Equity in 2007 and the Betty M. Drees Distinguished Alumnae Award by the University of Kansas Society for Women in Medicine and Science in 2016.

Joan Hunt's impact on science and medicine was profound, and she will be sorely missed by many around the world. But undoubtedly, the greatest and most intense loss will be felt by those who loved her dearly; her many past and present friends; her family; and, especially her son, whom she raised in her image.

Those who wish may donate in Joan's name to KU Endowment.

I'm just heartsick to learn about the passing of our beloved Joan. She was inspirational in so many ways -- and truly a sober steady guiding force who always inspired us all. It was my privilege to serve with Joan, together with Kelly Mayo (from Northwestern) as the founding co-Directors back in 1998 of an advanced training course entitled: FRONTIERS IN REPRODUCTION to help launch the research and academic careers of MDs and PhDs held now annually at the Marine Biological Lab in Woods Hole....

I was saddened to learn of Joan's death. I knew and respected her as a wonderful person and outstanding scientist. I was honored to serve on her external advisory committee for KBRIN for many years. She was an excellent mentor for many throughout the world, but her successes with KBRIN directed many young persons into science and enhanced their lives. My deepest sympathies to all of Joan's family and friends who will miss her and her gracious ways with all that knew her. I will also...

I was saddened to hear of Joan's passing. I only talked with her a few times but I feel incredibly honored to have received a mentoring award named after her. Her accomplishments and impact on countless people's lives and careers are monumental. She will be missed.

Both professionally and personally, Joan was a delight to have pursing all challenges. Not only the world of immunology but also of placentology, Joan did make fundamental and significant contributions. Her contributions to the International Federation of Placenta Associations were foundational. She traveled the world sharing her knowledge and perspectives. Her ability at meetings to attract and include students in training and junior in their careers was legendary. Joan was always there...

I very much benefited from my time as Joan's MD/PhD student. Her mentorship was exceptional and still inspires me in my own interactions with trainees. Goodbye Joan and thank you for all of your support over the years.

When I came to KU in 2000 as an assistant professor, I worked with Joan on the KINBRE project submission. It was immediately clear that Joan had a true passion for mentoring and building research infrastructure. Her dedication to service and to the careers of other young scientists was inspiring, and she helped my own career in countless ways.

Joan was an inspirational leader and mentor who brought biomedical research in the broadest sense to primarily undergraduate universities throughout the state of Kansas, for which I am very grateful.

Joan was a mentor and role model to me, and an incredible woman and scientist, all around. When I first started as the SC INBRE PI, she was the one person I strived to emulate. My deepest sympathy to her family, her friends and her colleagues.

I'll miss Joan as a friend and colleague for over 25 years, including the decade or so I worked with her as a member of the KINBRE external advisory committee. She was a true force for doing the right thing, her tenacity and energy extraordinary. Goodbye, Joan.