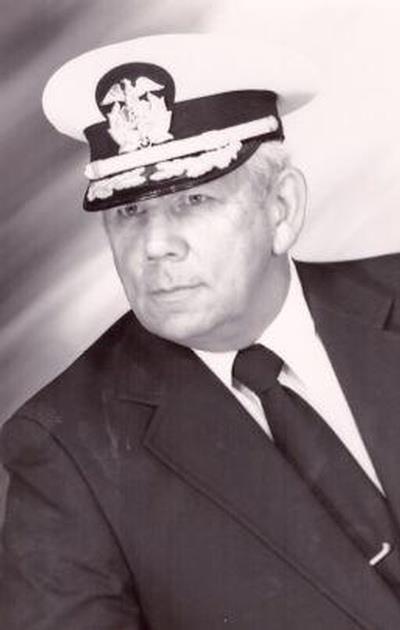 John L. LaGesse age 89 years, of Bowling Green, OH passed away on March 6, 2019.  John was born on September 30, 1929 in Superior, WI to the late Edna and Leo LaGesse. He married Mary Gidolf on December 27, 1952. They moved the family to Toledo, OH in 1967 where John was able to move his way up the “hawse pipe” and reached the rank of Captain before he retired at the age of 50 ending his 32 years sailing career.

John was an Army Veteran. He was a longtime member of the Knights of Columbus and Lions Club in Iron River, WI and Lake Havasu, AZ. He was also a very involved and longtime member of the International Shipmasters Association. Much of John’s community involvement also included his grandchildren, who spent a lot of time by his side as he volunteered.  He invested in his community, and enjoyed all the outdoor activities the Northern Woods and lakes provided.

Memorial contributions in John’s honor may be gifted to Bridge Hospice of Bowling Green, Ohio.

Hanneman Family Funeral Homes is honored to serve John’s Family and encourage those to share a fond memory or condolence by visiting www.hannemanfh.com.

Mary and Family,
My heart goes out to all of you with John's passing. He will always be remembered as a dedicated church and community leader. May you all find peace in knowing how much he was loved. My deepest sympathy.

Sorry to hear of John's passing. We got to know John and Mary in Lake Havasu City. Our thoughts and prayers are with the family. He was a great man.

Kari, and family, I'm holding you all in the light, during this sad time.

Paula Jahns, so sorry for the loss of your dad. Take pride in his legacy. What an impressive life. May God hold him in peace.

. Keeping you and your family in prayers. Sorry for your loss.

So sorry to hear of John's passing. My thoughts and prayers are with you all.