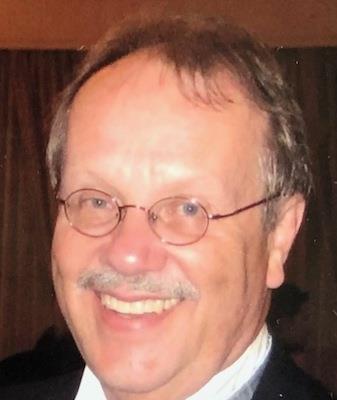 Not the right person? See All ›
AGE
75
LOCATION
Staunton, Virginia

Staunton - The Reverend John D. Lane, 75, of Staunton, died at home on August 30, 2020 after a brave struggle with lymphoma.

John is survived by his wife of 48 years, Elizabeth Bartelink Lane, his son, Edward Lane, and his wife Vanessa Svihla of Albuquerque, NM; his daughter, Mary Jackmin, and her husband Thomas of Belmont, MA; the two grandsons he adored, William Andrew Jackmin and Samuel Lane Jackmin, as well as beloved nieces and nephews. He was predeceased by his son, Andrew Thomas Lane, and sisters Cynthia Avery and Patricia Snyder.

Born September 24, 1944 in Princeton, NJ, he was the son of the late Howard Rich Lane and Doris Andrews Lane. A graduate of The Hun School of Princeton in 1962 and Amherst College in 1966, he earned a Master of Divinity degree from The General Theological Seminary in New York, NY, in 1972, and a Doctor of Ministry degree from Drew University in 1988.

John was a Peace Corps Volunteer in Nepal from 1966-1968, serving in the most remote post of that organization, a six day walk from any transportation. He served as Curate of the Church of the Holy Comforter, Charlotte, NC from 1972-1975; Rector of the Church of the Holy Comforter, New Orleans, LA from 1975-1987, and Rector of Trinity Episcopal Church, Staunton, VA from 1987-2007. He served as a member of the Executive Board of the Episcopal Church of the U.S.A. for 6 years, and as Editor of Leaven, an Episcopal National Clergy Association publication. Also active in the Diocese of SW Virginia, John was for many years the speaker at the Diocesan Council annual banquet. Locally, he was a long-time member of Rotary International and he served on the boards of the Salvation Army and the YMCA.

John was known for his quick wit, sharp intellect, spiritual guidance, loving care, and thoughtful leadership. He placed a high value on preaching and liturgy and believed that his calling was to "comfort the afflicted and afflict the comfortable," fearlessly expressing his views. He was loyal to his alma mater and valued biblical scholarship: woe to those young people in his congregation who dared to attend a rival college or missed question about the bible in a Pop Quiz meet. He loved a good joke, often making his children groan and his grandsons giggle.

One of John's proudest achievements was to have appeared on the television quiz show, Jeopardy!, in 1972. A lover of travel, he made the most of his retirement years, and spent many happy hours researching and planning trips. He was a voracious reader, and an enthusiastic, if often vanquished, player of tennis.

Burial will be private. A Memorial Service will be held at a later date.

Donations in memory of John may be made to Trinity Episcopal Church, 214 West Beverley Street, Staunton, VA. Henry Funeral Home is handling arrangements.

I found him to be one of the best preachers I have heard. He was a light in the darkness for many of us. I was glad to spend time with him when Gene Robinson was elected a bishop at General Convention in Minneapolis. I am pleasantly reminded of him, as well as my grandfather, when I smell the aroma of a good cigar. Presente, John Lane.

I first met John through a mutual friend in 1957. In 1958, we both won scholarships to the Hun School of Princeton, and we became classmates, teammates, and close friends. I came to know John as very bright, serious, and contemplative, but also possessed of a mischievous wit that was equally adept at jolting you out of self pity, drawing your attention to life's ironies, or subtly letting you know he was a friend who understood whatever it was you were going through. In the fall of 1965, I...

One of the only people I have ever met who traveled around the world without a ticket.. He explained to me, the secret, convincing them to make you someone else's problem.

John was a positive influence on many people. I first knew him as a Peace Corps Volunteer trainee in Hawaii, and I recognized him as a special person. Later I was a Peace Corps (PC) Associate Director with responsibilities for the very remote area of Nepal where John and his friend Paul Harshbarger were posted. Both of them proved to be resilient and resourceful PCVs.

Many years later John's PC group held a reunion in Oregon, and John and his wife "Bizzy" made a point of...

It is with a sad heart I write this. I have known John since 1992 when he hired me to be the secretary at Trinity. Little did I know how much that would change my life. He was a wonderful boss and friend. He cared about people and was always there to listen. He was kind and very supportive. He will be missed by all the people whose lives he touched. May he rest in peace.
Martin and I send our deepest condolences to Bizzy, Mary, Edward and all of his family. Thank you for sharing him...

The world is a better place because John lived in it. But it sure is less interesting without him.
Requiescat in pace.

A beautiful obituary of a very dear and great man.

A man of extraordinary faith and a comfort to so many in times of need. His sense of humor made him so human...I have wonderful memories of this fine man.