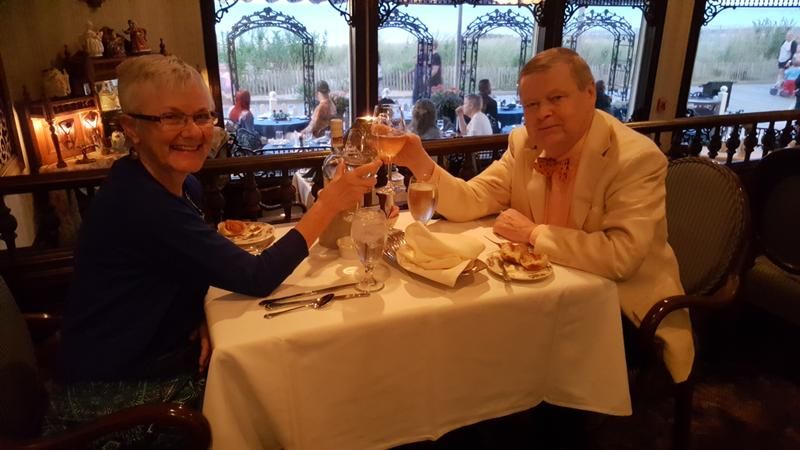 John F. Sullivan died in hospice care from complications of metastatic prostate cancer on September 16, 2018. He was 73. John was born in Youngstown, Ohio, in 1945, the fourth child of Mary Therese and George Raymond Sullivan. The family requests that no flowers be sent (even though a link is on this site). John grew up in Youngstown and first attended Ursuline High School and then Cardinal Mooney High School there. He enlisted in the Air Force after graduation in 1963 and served at Wright Patterson Air Force Base as well as completing tours in both Japan and Thailand. After being discharged from the Air Force in 1967, he returned to Youngstown and completed his Bachelor's degree in 1971. He married Sally Devine in 1969. They moved several times in the Midwest as John worked for Ford Motor Company and the Bendix Corporation. He earned a Master of Science in Business Administration from Indiana University, South Bend, in 1975 and accepted a job at the Civil Aeronautics Board in Washington, DC. He was in government service until retiring in 1996. His last Federal job was with the Department of Navy, where he enjoyed problem solving while traveling to many parts of the world as part of his logistics job in the Naval Supply Systems Command. After taking early retirement, he built a career in real estate as an exclusive buyer's agent and was actively serving clients until quite recently. He was Vice President and Associate Broker at the Buyer's Edge, Inc. in Bethesda, a pioneering firm in the area of exclusive buyer representation. John believed that a real estate firm that clearly represented only one party to the transaction was the only ethical way to do business in real estate. Over the years, he was pleased to help hundreds of buyer clients successfully purchase homes with confidence in his full advocacy on their behalf. He also took pride in helping to transform the centuries old model of real estate transactions that favored the seller, often to the buyer's disadvantage. He was a past president of the National Association of Exclusive Buyer Agents and served on its Board of Directors. In addition to his continuing efforts for legislative revisions to the Maryland State Agency Disclosure Statement, he also served on committees for both the Greater Capital Association of Realtors®, Maryland Association of Realtors,® and "Historically Hip" Federal Hill Main Street. He was an active member of Live Baltimore. He was a noted resource on real estate issues for NPR, The Washington Post, Baltimore Sun, Kiplinger's Personal Finance Magazine and other publications. John, after retiring from federal service, became a supernumerary for the Washington Opera Company and liked to tell about being on the Kennedy Center stage with Placido Domingo (John looked great in the costumes but promised not to sing). He also thoroughly enjoyed having more time to engage in photography, one of his lifelong hobbies. He had a showing of his Baltimore photos at the Crystal Moll Gallery on Federal Hill in January, 2018 and donated proceeds from the sale of photos to charity. Sally and John resided in Cheverly, Maryland, since 1977. From 1984-1988, he was a town council member. He was proud of helping to institute no smoking policies at the town facilities, as well as working on other important town issues. In 2004 they purchased a row house rental property in Baltimore's Federal Hill and, beginning in 2011, occupied that house part of the time. They thoroughly enjoyed city life there, while also spending some time each week in Cheverly. He is survived by his wife of 49 years, Sally Devine Sullivan, a daughter, Nora Sullivan (James Sullivan), and 4 of his remaining siblings, Dennis Sullivan (Kathy Rockett Sullivan, Judy Sullivan Michaels (Glen Michaels), James Sullivan (Beckie Sullivan) and Mary Sullivan Ellinger (Warren Ellinger) as well as numerous nieces and nephews. His brother Michael preceded him in death in 1987. A memorial service will be held on Sunday, October 21, at 2:00 p.m. at the First Unitarian Church of Baltimore. Directions and parking information is available at https://www.firstunitarian.net/about-us/location/. In lieu of flowers, the family recommends contributions to one of John's favorite charities, Habitat for Humanity.

Sally and Nora, I was so sorry to learn of your loss. My thoughts and prayers are with you. Karin sends condolences from Germany.

Nora, my condolences to you and your family. May God grant eternal rest to your Dad and comfort you and your loved ones. You are in my thoughts and prayers.

Sally and family, while we mourn John's passing we celebrate knowing and working with him and how he touched so many across the country and made us all better for it! His sterling involvement and leadership to The National Association of Exclusive Buyer Agents will always be remembered and honored! On behalf of Exclusive Buyer Agents nationwide and NAEBA, God Speed John, God Speed!

Sally, Our prayers are with you and your family. We are so sorry to hear about the loss of your husband. John's obituary reads quite fulfilling! May the many wonderful memories you shared with him help comfort you throughout this difficult process.

Nora: Your family is in my thoughts and prayers. So very sorry for your loss. Sending hugs and love.

Sally, my condolences to you & your family, will keep you in prayers.

Sally Praying for you and your family

Sally, Praying for you and your family.

Sending thoughts and prayers to you and your family at this difficult time.