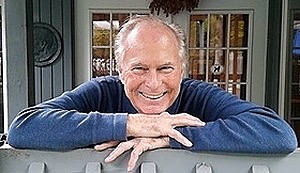 Not the right person? See All ›
This has not been verified by Legacy.com or our partners.
BORN
July 30, 1937
DIED
October 21, 2018
AGE
81
LOCATION
Weston, Connecticut
CHARITY
Doctors Without Borders
Make a donation


Jon Anderson died suddenly of heart failure on October 21st. He was born in New Haven, CT to Carl Edward Anderson and Frances Anne (Burton) Anderson. Jon worked as a cabaret performer, actor and artist's model throughout his life. As a young man, he studied at Bowdoin College where he sang with the Bowdoin College Meddiebempsters. After college, Jon enlisted in the Navy. He later moved to Brooklyn Heights, NY and continued his vocal training; studying at the Actors' Playhouse and at Circle In the Square. Jon was a well recognized figure in the vibrant New York City cabaret community, performing in many popular venues. He was well reviewed and highly respected as a performer.

As an artist's model, Jon worked for many well known painters, photographers and sculptors both in New York City and in Connecticut, where he lived most of his life. He is preceded in death by the painter, Paul Cadmus, who was his partner for thirty six years and with whom he lived in Weston, CT. Some years after the death of Paul Cadmus, Jon married Philis Raskind Anderson, who died on September 30th of this year, three weeks before he did.

Jon leaves to cherish his memories, his brother and sister-in-law, Edward and Gretchen Anderson; his nephew, Roger Anderson; his two nieces, Katherine Caldwell and Candee Adams; their children and many, many friends.

Jon's love of the countryside, his intellect and thirst for the natural beauty in all things were instilled in him by his maternal grandmother, Anna Maria Candee Burton. He dedicated a good deal of his time to the creation of natural habitat for birds and other wildlife. Jon became a Master Gardener creating breathtakingly beautiful landscapes on both of his properties in Connecticut. He cultivated orchids and other rare botanical specimens.

Jon's rapier wit, welcoming nature and unhesitating generosity are burnished in the hearts of all those left to miss him. He was interred in the Anderson family plot in New Haven, CT. on Friday, November 16, 2018. Anyone interested in making a donation in his name, should donate to Doctors Without Borders.

Jon, we had some wonderful times together. I'll miss you.
Marc L Filippone

We knew Jon for many years and always loved his zest for enjoying life and everything around him. He was a kind and gentle spirit and loved a good party. We are enriched because we knew him.

I had the pleasure of knowing Jon Anderson for over forty years. His light shone so intensely. I miss him terribly.