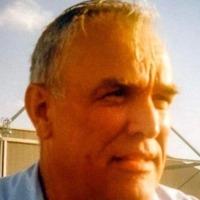 Jon Garrett Tankersley age 82, of Newcastle, passed away Monday, October 21, 2019 in OKC after a brief illness. He was born January 28, 1937, in Oklahoma City. Jon was the youngest of three children born to Benjamin Arlyn Tankersley and Westlynne Beverly (Coates) Tankersley.   Jon grew up in South Oklahoma City graduating from Capitol Hill High School with the class of 1956. While in high school he joined the Oklahoma Air National Guard and after graduating high school he began a 32 year career as a pilot.

Jon continued his education after high school by attending Central State College. He received his Bachelors of Science Degree in Biology and later made a career as a Toxicologist for O. U. Children’s Hospital in Oklahoma City. Jon wore many hats and achieved much in his lifetime. After retiring from Children’s, Jon attended OCCC and got his associates degree in Paramedic Medicine. He worked many years as a paramedic for the McClain-Grady Co. EMS, out of Blanchard. He was in the Civil Air Patrol and he was on the (DMAT) Disaster Medical Assistance Team. Jon also had many hobbies to keep him busy. He was a HAM Radio Operator, he enjoyed panning for gold and making wine.   He was a member of the Newcastle Lions Club, taught Red Cross Youth Camp and was a member of TKE fraternity.  He taught CPR and First Aide Classes and he enjoyed writing articles for the Newcastle Pacer. Jon was of the Catholic faith and one of his most memorable accomplishments was him writing a book, titled “The Greatest Mystery.”

Jon was deeply loved by his friends and family. He made Newcastle his home for many years and was proud of being a part of the Newcastle community. He will be remembered as a loving husband, father and grandfather. He was a wonderful brother, uncle and a dear friend to many.

He was preceded in death by:

Memorial Services will be 10:00 A.M. Saturday, October 26, 2019 at the Newcastle United Methodist Church. In Lieu of flowers, memorials may be made to St. Labre Indian School, www.stlabre.org.  Local arrangements are by Wilson-Little Funeral Home, Newcastle, OK.

We Loved Jon and He will be missed by All!
Love and Prayers,
Nita and Billy Bryan

We are so very sorry for your loss. Our thoughts and prayers are with you.

A great man who will be missed at the gold meetings & outings.

Praying for comfort in your time of grief. Jon meant so much to me. He helped when I was sick as a child and spent many nights teaching the neighborhood children how to build a campfire and pitch a tent. He is forever a "neighborhood Dad" to all of us.

Jon was a member of the Oklahoma Air National Guard and while in another unit, I and my husband both worked out there full time and knew him a little, The Air Guard was family as is the Gray Eagle retiree group and he will be missed.

I have only known Jon since 2016. Somehow he convinced me to do things, I wouldn't have done. He was like a dog with a bone. I don't even know how he did it. It was important to him to teach as many people/kids as he could about the importance of amateur radio and cert. Making sure each person around him knew what to do and how to get help. What a loss to his family and his community. He will be missed Michelle~W5MQC

Jon was such an amazing kind soul. Past deployments were more fun when he was there. I will miss him.

Praying for our Heavenly Father to surround the Tankersley family with His love, grace and Mercy and to give them peace and comfort during this time of sorrow. Chaplain Glenn Myers ( Grayeagles )