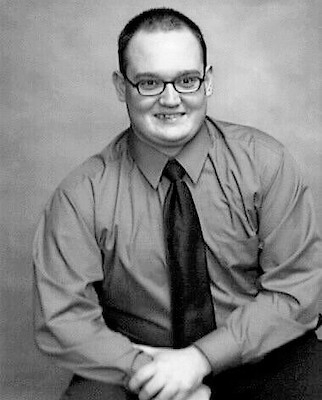 South Jordan, UT - Joshua Kelley James Case (39) passed away peacefully in his sleep June 9, 2020 in South Jordan, UT. He was born in Visalia, CA September 11, 1980 to "Bud" Luther Case and Molly (Kelley) Case in Visalia, CA. At the time of his death he had lived in South Jordan, UT (just south of SLC, UT) since 2010 where he lived with and cared for his mother. He worked at the Market Street Restaurant as a dish washer where he was liked by many staff he came into contact with.

He attended public schools in Visalia and participated in several church youth groups during his teen and early 20's. He was a big friendly man that seldom knew a stranger, very bright and knowledgeable about all thing's modern music, movies, Marvel and many other "graphic novel" genre. Early on he self-monikered "The Bearhammer" and fiercely loyal to his friends.

He leaves a large hole in the family and friends at only 39 years young. As with many during the pandemic, a memorial service will be held at a later date when it is safe for groups to congregate.

We may have only been friends through social media. But you were definitely a bright part of my life, and I am grateful for that time as friends. I will miss your wit, your art and character. Be one with the universe my friend!

My best to Bud and Cherrah at this time.

Never miss an update about Joshua. Sign up today.