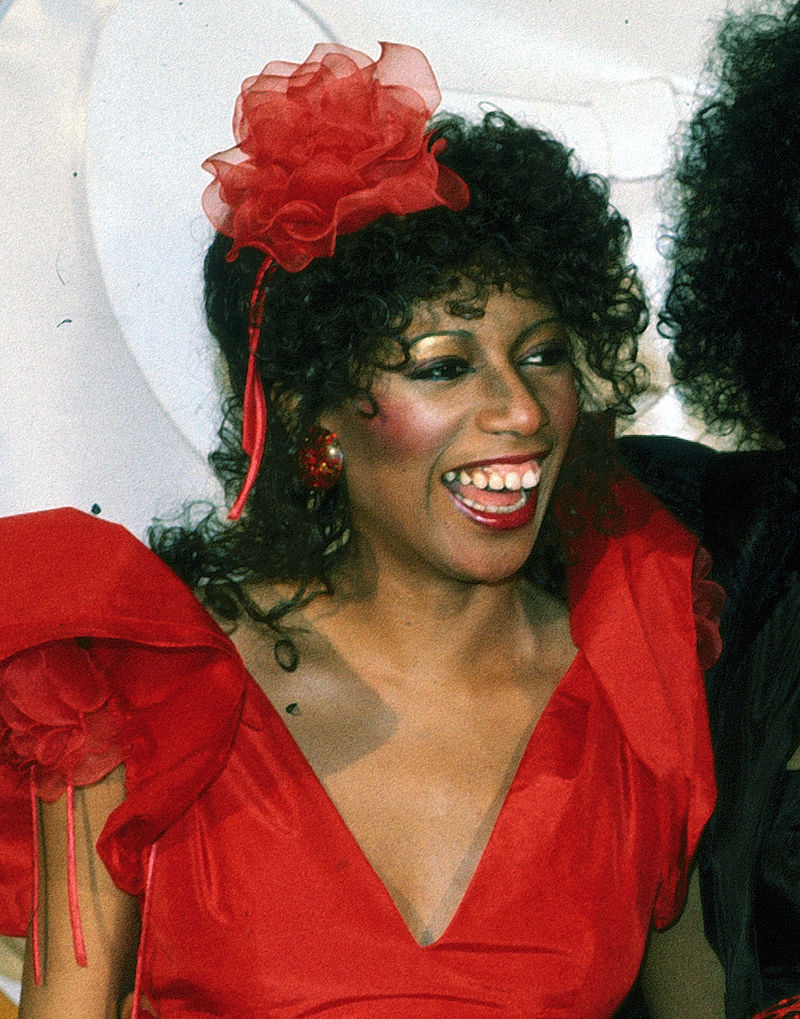 June Pointer, the youngest of the singing Pointer Sisters known for the 1970s and 1980s hits ``I'm So Excited,'' ``Fire,'' and ``Slow Hand,'' has died, her family said Wednesday. She was 52. Pointer died of cancer Tuesday at Santa Monica University of California, Los Angeles, Medical Center, the family said in a statement. She had been hospitalized since late February and the type of cancer wasn't disclosed. She died ``in the arms of her sisters, Ruth and Anita and her brothers, Aaron and Fritz, by her side,'' the family statement read. ``Although her sister, Bonnie, was unable to be present, she was with her in spirit.'' The Pointer Sisters began as a quartet in the early 1970s with sisters Ruth, Anita, Bonnie and June. The group became a trio when Bonnie embarked on a solo career. The group's hits also included ``He's So Shy,'' ``Automatic'' and ``Jump (For My Love).'' The sisters, along with their two older brothers, grew up singing in the choir of an Oakland church where their parents were ministers. Bonnie and June formed a singing duo and began performing in clubs around the San Francisco Bay area. Anita and Ruth later joined the group and together, they sang backup for Taj Mahal, Boz Scaggs and Elvin Bishop, among others. Their first, self-titled album, ``The Pointer Sisters,'' debuted in 1973 and the song ``Yes We Can Can'' became their first hit. They followed up with the album ``That's A Plenty,'' which featured an eclectic mix of musical styles ranging from jazz to country and pop. They won the first of their three Grammy awards in 1974 for best country vocal performance by a group for the song ``Fairytale.'' Bonnie left the group in 1977, and the sisters recorded several more albums, scoring several hit songs that became identified as the soundtrack of the 1980s. The successful 1984 album ``Break Out'' earned two Grammy awards for the songs ``Automatic'' and ``Jump (For My Love).'' The album's other hit song, ``Neutron Dance,'' was prominently featured in the movie ``Beverly Hills Cop.'' June recorded two solo albums, and later left the trio. Anita and Ruth still perform under the group's name. Ruth's daughter, Issa Pointer, is the trio's newest member. Two years ago, June Pointer was charged with felony cocaine possession and misdemeanor possession of a smoking device. She was ordered to a rehabilitation facility. Funeral arrangements were incomplete.

I am so sad for the lost of june as i grew up listening to the pointer sisters and loved them all including Bonnie R.I.P. my sweet angel .........Heaven has truely gotten another beautiful angel

June, you will never be forgotten. I know that you are a singing Angel in Heaven. Thank you for sharing your gift with us.

I'm so sorry to heard about miss June passed. I always loved her and her sisters. She were an angle. R. I. P. My sister. Vivian Dillon mcomb love and miss her.

Never miss an update about June. Sign up today.