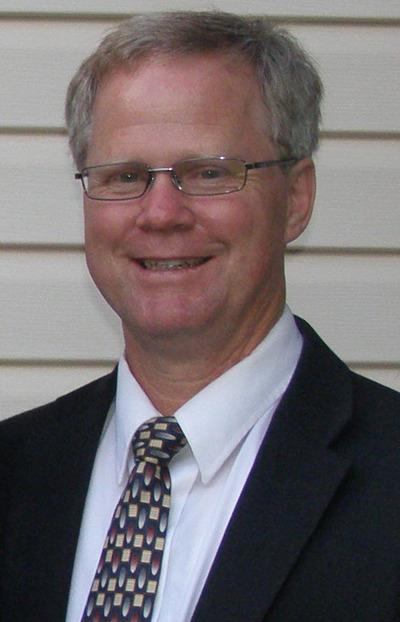 In the beginning there was God, and the earth and heavens were created in six days and on the seventh day he rested from his labors.

And on the eighth day an angel said, “OK, that’s enough of a break. Let’s get back to work!”

That angel was eventually made flesh on April 5, 1962 in the State of California, born to June Tippetts and William Albert Newman and was named Kenneth Evan Newman. His siblings included Ronald, Melody, Paul, Jeanine and Bruce.

He created joy in the hearts of his parents and siblings, and even though the adjective used most often to describe him was “mischievous”, and the noun most applicable to him was “tease”, his towheaded smile disarmed all and made people love him all the more.

He created a name for himself as he grew. The family moved to the Cottonwood area of Utah, where he excelled in sports, loved music and the outdoors, and graduated from Cottonwood High School in 1980. Through this time, he learned work from his father and he learned love from his mother.

He created eternal pathways for many as he served them in the London, England South Mission as a missionary of the Church of Jesus Christ of Latter-day Saints.

He created a union with his marriage to Norma Griffin who blessed his life greatly.

With Norma he created a family of eight beautiful children: Devon, Craig, Danielle, Chelsea, Trevor, Brayden, Jason and Aubrey. He also leaves behind 6 grandchildren with more to come.

He became a true craftsman, creating beautiful wooden stairways in many homes and buildings, including many temples, such as Nauvoo, Draper, Payson, Brigham City, Salt Lake and Philadelphia. His craftsmanship extended well beyond his professional life. He was constantly serving those around him, whether sharing the labor of his hands or the labor of his heart.

As his family grew, he created memories! Hunting, fishing, camping, gardening, metal detecting, rock hounding and weekends at the family cabin were just a few of the activities he pursued as his creative life unfolded.

He created life. He loved to garden and to raise chickens. He understood well the law of the harvest, that reaping follows sowing and that all good things in life are worthy of effort. He would buy broken vehicles and give them life. He often brought the same vehicle back to life multiple times, thanks to the driving skills of some of his children.

He created flocks. He served well as shepherd of the Brookwood Ward and always sought out “the one”. Never seeking fanfare or acclaim, he performed many acts of unseen service and lifted the burdens of many, knowing that broken hearts can mend.

He created peace amid uproar, and occasionally uproar amid peace, but in a teasing, good-natured way. He was always the peacekeeper, the moderator, the level head and the constant source of reasoned wisdom.

He created friendships. Ken was a friend to all and was everyone’s friend. Even those who worked for him considered him a friend. He critiqued with love and genuine concern. He loved them.

He created a legacy. On the jobsite, Ken worked harder than everyone, period. At home, Ken spent hours and hours pursuing his favorite hobby, his family. He loved being a father and a grandfather. He loved just being around them, teasing them, being goofy around them, caring for them, serving them, and loving them.

The last thing Ken created was a Very. Big. Hole. We have teaspoons and shovels to try to fill the hole he left, but we know, deep inside, that it never will be filled completely, and Ken will never be completely forgotten.

In lieu of flowers, please consider making a donation to Primary Children’s Hospital in his memory.

We will miss Bishop Ken Newman so much. He had such a kind gentle manner of greeting us. I enjoyed the privilege of being a substitute Home Teacher with Wayne even if his messages were long. We loved getting to know your family better. We love you and give you our condolences on your loss. We will all mourn and miss our beloved Bishop.

I am so sorry. Uncle Ken was the best. I have so many fun memories. He was always tickling us as little kids. I wanted to come to the viewing and service, but picked up a cold this week so decided to stay away. I am thinking of you all.

We are so very sorry for the passing of your husband, father and grandfather. There are no words to describe the sadness in our hearts for what you're all going through. May God give you His comfort, peace and strength during
this very difficult time and in the days and weeks to follow. We send our deepest sympathies.

I was very sorry to learn of the untimely passing of your husband, father, and grandfather. I hope you can all take comfort in the great man he was. He was a true friend and offered a helping hand to me and others in our neighborhood many times, some at inconvenient times. May the Lord's blessings be with you in this difficult time!

Okay I'm not quite sure what to say. Almost every Sunday I would stop by his office Justice to tell him hello and thank you. We used to talk about life, work and his children and how much he loved each and every one of them. After we would talk he would give me a hug and a piece of candy. It wasn't very much but it was his time that he was sharing with me. The days that I did not have time to stop in he would still grab me and give me a hug. Then on the Sunday before he moved on he put out...

Okay I'm not quite sure what to say. Almost every Sunday I would stop by his office Justice to tell him hello and thank you. We used to talk about life, work and his children and how much he loved each and every one of them. After we would talk he would give me a hug and a piece of candy. It wasn't very much but it was his time that he was sharing with me. The days that I did not have time to stop in he would still grab me and give me a hug. Then on the Sunday before he moved on he put out...

What an AMAZING tribute. Ken was in my Stake but I got to know him and his wife while I worked at Peterson's in Riverton. What a great man he was. I admired how much respect and love he had for his wife. My thoughts and prayers are with you all during this difficult time.

All of our sincere love goes out to his amazing family, he was an amazing father to my best friend/mission companion Chelsea. I always remember the stories she shared with me about his dad. Thank you brother Newman for being an amazing father.
"Hasta vernos con el rey"

I went to High School with Ken. He was very kind, gentle and had a dry sense of humor. Even though we lost touch, when I heard of his passing, I wept for his family. He will be missed