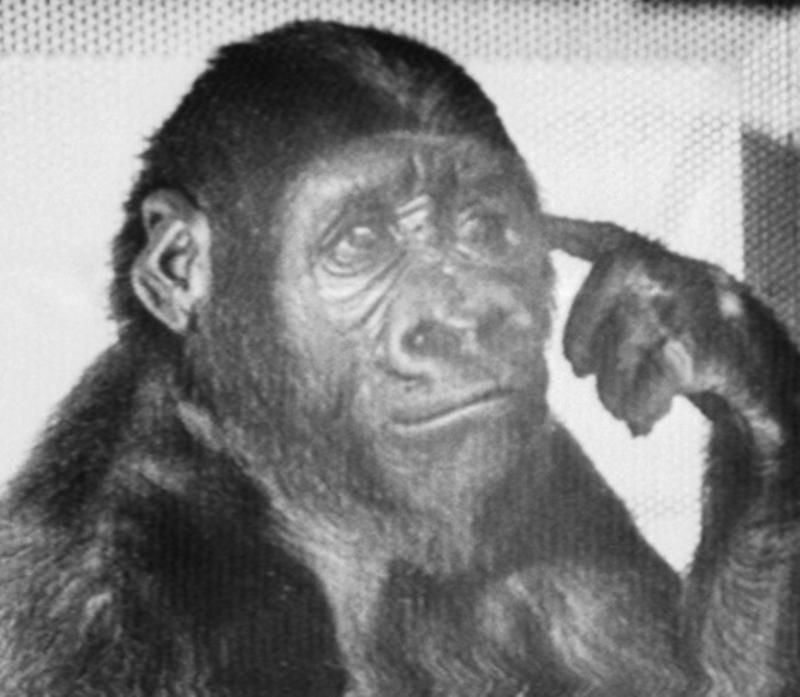 If ever there was a living being who inspired a lot of people to think more of the inner lives of animals, it was Koko, the gorilla who used sign language. She died in her sleep Tuesday, June 19, 2018, at the age of 46, the Gorilla Foundation announced in a press release late Wednesday night. Koko — short for her full name, Hanabiko, Japanese for "fireworks child," because she was born on the Fourth of July, 1971 — spent most of her life at the Gorilla Foundation in Woodside, California. She was taught more than 1,000 hand signs, which she used throughout her life to communicate with her instructors, and also reportedly understood some 2,000 words of spoken English. Koko became world famous in the 1980s after National Geographic reported on the gorilla's adoption of a pet kitten. Koko's teacher, animal psychologist Francine Patterson, subsequently published a children's nonfiction book in 1985, "Koko's Kitten," which remains popular today. Patterson and her colleague Wendy Gordon described Koko's use of language to help express emotion in 2003: "She laughs at her own jokes and those of others. She cries when hurt or left alone, screams when frightened or angered. She talks about her feelings, using words such as happy, sad, afraid, enjoy, eager, frustrate, mad, shame, and most frequently, love. She grieves for those she has lost — a favorite cat that has died, a friend who has gone away. She can talk about what happens when one dies, but she becomes fidgety and uncomfortable when asked to discuss her own death or the death of her companions. She displays a wonderful gentleness with kittens and other small animals. She has even expressed empathy for others seen only in pictures." The late Fred Rogers shared a story with Esquire's Tom Junod in 1998, shortly after visiting Koko to film an episode of his children's educational series, Mister Rogers' Neighborhood: "Koko watches television. Koko watches Mister Rogers' Neighborhood, and when Mister Rogers, in his sweater and sneakers, entered the place where she lives, Koko immediately folded him in her long, black arms, as though he were a child, and then… 'She took my shoes off, Tom,' Mister Rogers said." "Her impact has been profound," the Gorilla Foundation said in their announcement, "and what she has taught us about the emotional capacity of gorillas and their cognitive abilities will continue to shape the world. The foundation will continue to honor Koko's legacy and advance our mission with ongoing projects including conservation efforts in Africa, the great ape sanctuary on Maui, and a sign language application featuring Koko for the benefit of both gorillas and children." Those wishing to make donations to the Gorilla Foundation can do so at koko.org.

In loving memory of a wonderful gorilla. We will love you and miss you always.

Koko was such a sweet soul. She was one of God’s great marvels. I wish I could have met her. Penny & Ron, thank you for bringing out the best in such a beautiful gorilla. So sorry for your loss. Love & healing to you both. Sincerely, Rick S.

Koko May You RIP
I hope you shine up there like you did down here. I will always miss you thank you for touching my life and heart.....I wish I could have met you.... thank you penny for all you do and have done all these years.....koko loved you so much and I appreciate all the videos and the great stories about koko.... may God bless you and koko

Koko May You RIP
I hope you shine up there like you did down here. I will always miss you thank you for touching my life and heart.....I wish I could have met you.... thank you penny for all you do and have done all these years.....koko loved you so much and I appreciate all the videos and the great stories about koko.... may God bless you and koko

God truly created a beautiful soul. Koko was an amazing and beautiful creature. It's too bad she left this world too soon, but God decided it was time to take Koko home to be with Him.
Have a beautiful life in Heaven, Koko. May God heal the hearts of your caregivers as well as the millions of people who loved you. One day, we'll all see your beautiful face again.

Never miss an update about Koko. Sign up today.