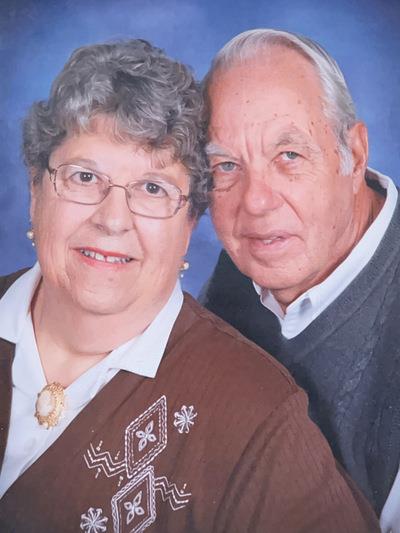 Marilyn Ann (Harris) Bates, 78, passed away on November 24, 2021, after a valiant battle with Alzheimer’s disease.

Marilyn was born July 28, 1943, in Coldwater, Michigan and grew up in Angola, Indiana. Always a lover of music, Marilyn played the saxophone in her high school band and was the first person in her family to pursue an education beyond high school, graduating from business school with a certificate in secretarial science. At the age of 18, she caught the eye of a Tri-State College student who played trombone, and on June 9, 1963, she married Lyle Edwin Bates of Fayette, Ohio. Marilyn journaled in her later years that -in addition to a faithful and devoted love- she found stability in her relationship with Lyle; in the safety of their marriage, she gained confidence in her abilities and established a strong sense of self. Lyle and Marilyn lived briefly in Fort Wayne, Indiana and then settled in Niles, Michigan, where they raised their two sons – Randy and Kenny. In 1981, the family relocated to South Carolina, where Marilyn worked for many years as a medical transcriptionist for Spartanburg Medical Group and Dr. William Price. Always ready for an adventure and some fun, Marilyn loved playing games with family or friends, traveling, square dancing, knitting, and anything “different.” In 2000, Marilyn and Lyle took an early retirement and fulfilled a lifelong dream by becoming full-time RVers. For 12 years, they traveled throughout the country, serving on ministry teams and developing friendships with other couples as members of SOWERS (Servants on Wheels Ever Ready), a Christian couples RV work ministry. They volunteered for several consecutive years with James Island County Parks, setting up and staffing the Holiday Festival of Lights. Their life on the road also allowed them to spend extended periods of time with family members prior to their deaths, including Marilyn’s mother, sister, and brother. In 2012, when Marilyn was beginning to display some early signs of Alzheimer’s, the couple sold their RV and returned to the Spartanburg area.

Throughout her life, Marilyn celebrated her Christian faith by singing alto in various church choirs. While attending Cedar Spring Baptist Church in Spartanburg, Marilyn and Lyle served together on Sundays at Mountainview Nursing Home for almost 20 years, with Marilyn playing piano and Lyle leading music. Ironically, when her illness progressed to the point of requiring constant care in December 2019, Marilyn went to live at Mountainview where nurses and staff often commented on her cooperative nature.

Marilyn is survived by her husband of 58 years, Lyle Bates, sons Randy (Maria) and Ken (Kim), grandchildren Danielle Bates, Jeanette Kuhn (Joshua), Kayla Waters (Muteyi), and Aaron Bates (Lauren), and two great-grandchildren. She is also survived by four nephews, along with siblings, nieces, and nephews by marriage. She was preceded in death by her parents, William and Mildred Harris and siblings, Margaret (Peggy) Jackson and Bill Harris.

A celebration of Marilyn’s life will be held at 2:00 p.m. on Saturday, December 4, 2021, at Mt. Lebanon Baptist Church, in Buffalo, SC, officiated by the Rev. Jimmy Farmer and Dr. Tim Williams. Visitation will be held immediately after the service, and the use of masks is urged. A private burial will take place in Fayette, Ohio, on a date yet to be determined.

In lieu of flowers, the family invites you to make donations to Gideons International or Mobile Meals in Marilyn’s memory.

The family would like to thank the wonderful staff at Mountainview for all they did to provide Marilyn such excellent and compassionate care over the past two years and, specifically, in recent weeks.

Marilyn was a devoted medical transcriptionist for my husband, Dr. William F. Price. We both cherished her
friendship and even followed she and Lyle to Charleston when they were serving at Holiday Festival of Lights.
I will miss attending the service as I will be in Fayetteville, NC at another celebration of life. Mary Frances Price

My family first met Marilyn and Lyle at James Island Co Parks at the Holiday Festival of Lights. They made friends with my late wife, Kelly, and her parents Roy and Ronny Ann Quayle while working at the light festival. I am sorry to hear of Marilyn's passing but rest assured she lead a full life and is resting peacefully in Heaven. Thoughts and prayers go out to the family.

Mr. Bates, It has always been a pleasure to see you in worship at Cedar Spring. Marilyn was always happy to be in the house of the Lord. May God grant you comfort, rest, and His peace. Your loving faithfulness models His.
In Christ,
Dorothy & Johnny Bevill

Our thoughts and prayers go out to Marilyn Bates and her family and friends.