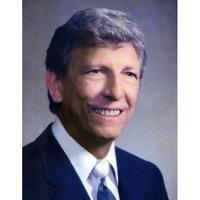 Marion was born September 6, 1929, to the late Frank Biondo “Chick, the huckster” and Mary LaSala Biondo. He attended Holy Rosary Catholic School, was a 1946 graduate of De La Salle Military Academy, and a 1952 graduate of Rockhurst University. On May 23, 1953 he married Josephine Ranallo and they enjoyed 64 years together until her death in 2017. To their union was born two sons, Frank and Victor.

In 1957, Marion graduated from the Kansas City University of Medicine and Bioscience, receiving his degree as a Doctor of Osteopathic Medicine. He then interned at University Hospital before beginning his family medicine practice in 1958. From 1964 until 1967 he was in residency at Detroit Osteopathic Hospital. He became certified in Anatomic Pathology in 1969 and Clinical Laboratory Medicine in 1970. He received the honor of fellow in 1975. From 1973 to 1975 he served as secretary-treasurer of the American Osteopathic College of Pathology. He also held posts on the Osteopathic Board of Examination and the Kansas City Blood Bank. Other posts he held over the years: chairman of the department of Pathology and Laboratory Medicine at University Hospital, Albuquerque, NM (1967-70), Lakeside Hospital (1970-78); and Park Lane Medical Center (1978-95). He also served as chief of staff at University Hospital (1964), and Park Lane Medical Center (1986-87, 1990-94). In addition, he taught pathology at KCUMB and Chicago Osteopathic College. He was a life member of the American Osteopathic Association; the Missouri Association of Osteopathic Physicians; and the American Osteopathic College of Pathologists.

Marion leaves his two sons, Frank C. Biondo and Victor J. Biondo; and a number of nieces, nephews, great-nieces, and cousins from both the Biondo and Ranallo families.

Condolences may be offered at www.passantinobros.com

I met Marion when I moved into the neighborhood during my Sophomore year in high school. I became friends with the boys and then met Marion and Josephine. As a teenager I was impressed with all of the Biondos and especially Marion. He carried himself with a confident way, one that was representative of the Medical profession that he belonged to. This was the way that made his family special and why I was a lucky to have known all of them.
May Marion find peace in heaven.
Joel Bratt

Marion was a great friend since meeting him around 1980 playing tennis.
Visited me in Las Vegas around 2000. We kept in touch. He will be missed by many.

Dear Frank, so very sorry for your loss. You will be in my familys thoughts and prayers. The Eccles family

Vic/Frank I am so sorry to see the loss of your beloved father. Losing a family member is never easy. I will pray that God will get you through your grief and I will send up prayers for your family.

Frank and Victor, sorry for your loss. Your Father was a wonderful man with a generous spirit. We loved him like a brother.
God be with you both. He will give you the strength you need, just ask Him.

I have known this good man since I was 9 or 10 and he and my uncle John Messina were teenagers. They would always include me when i visited the Apartment bldg where my Grandma & Grandpa Messina lived.

Through the years he has always been interested in my endeavors and we always had good meetings when i would come to Kansas city.

I know God will look kindly on Marion. Our prayers our with the entire family.

He was my friend while I was a general surgery resident at Parklane. God rest you soul in heaven Dr. Biondo.

Frank and Vic, My heart goes out to you both, Your dad was a great person. He was a good friend and a great boss. My prayers are with you and family.

Never miss an update about Marion F.. Sign up today.

Church Of The Nativity

Church Of The Nativity