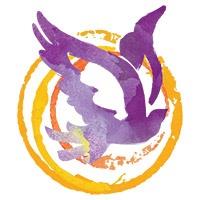 Marjorie Elenora Blake was born on April 18, 1922 in St Stephens, Berkeley County, South Carolina to Eva Adele Freeman and Richard Williams. Marjorie passed away peacefully in her sleep surrounded by her family in Lancaster Pennsylvania.

Marjorie was an academically gifted student who enjoyed every element of the school curriculum and had a voracity for reading. She was recommended and accepted into the Philadelphia High School for Girls and in 1940 graduated with honors. She continued her education to become a licensed practical nurse and after which, worked as a dental assistant to Dr. Bailey, DDS, a medical assistant to Dr. Horace King, MD and later went on to become an ophthalmologist assistant to doctor Shepard Smith, MD. After which she changed careers and began employment with the Pennsylvania Sate Unemployment Bureau until retiring in 1975 .

Marjorie Elenora Williams married Richard E Blake and from this union had two sons, Richard E Blake Jr. and Harold Blake. She insisted that her boys were involved and busy with afterschool activities, i.e. music lessons, art lessons, church acolytes and part-time jobs to stay out of trouble end establish work ethics. She was a devoted member of St. Augustine Church of the Covenant until becoming a parishioner of St. Luke’s Episcopal Church in Germantown, PA.

Marjorie was a dedicated daughter and devoted mother. She dearly loved her family and looked forward to cooking her large Sunday family meals. She took pleasure in sewing and was an avid reader until her eyesight started to fail her. To the very end, Marjorie had a great memory and enjoyed reciting poetry and Bible verses that she learned as a youngster from her beloved stepfather, John Ulett.

She is preceded in death by her younger sisters Louise Clement Hoff, Gladys Harrison, stepsister Mildred Urquhart and her brothers Clifford Williams, Rudolph Williams, Harold Williams and her youngest son Harold Eric Blake. Those left to cherish her memories are her son Richard E Blake, her daughter-inlaw Nancy R Mata, her sister Vernell Walden of Virginia and grandchildren Krystin Alexis Erika and Steve Scrignoli, Brelan Kinzinger and Abby Blake, Catherine Jones and Geremea Fioravanti, her youngest granddaughter Mia Mata Blake and her great grand son Matteo Scrignoli and a host of nieces, nephews and friends. We’re thankful for all she gave, the burdens she endured and the sacrifices she made so our lives would be better. Marjorie lived a long successful life of service and will be remembered and greatly missed by all who knew her.

She will be buried on Friday, October 2, 2020, at 11:00 a.m., Chelten Hills Cemetery, Washington Lane, PA. Regretfully, the services will be restricted to the immediate family due to the current public health crisis. Mask are required

In Lieu of flowers, contributions may be made to;  The Saint Jude‘s Children's Research Hospital or Philadelphia Visiting Nurses Hospice or to the Hospice and Community Care of Lancaster, Pennsylvania.

Condolences Richard and family. This beautiful tribute was fitting for a beautiful, funny and intelligent lady! Seeing this video shows everyone how much she valued family, values, education and service. Aunt Margie is now resting in Gods Embrace. Love, Allyson Bailey-Leonard

Never miss an update about Marjorie. Sign up today.