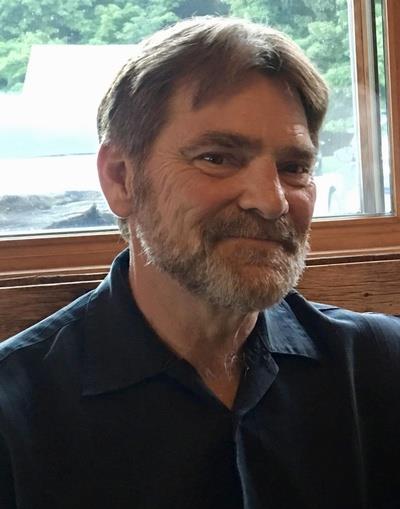 Michael R. Allard, 65, of Newport Center, Vermont passed away on March 19, 2019 in Lebanon, NH after a courageous battle with cancer. He was born on December 21, 1953 in Newport, VT to Rene and Beatrice (Brooks) Allard.

He is a proud veteran of the United States Air Force having served during the end of the Vietnam War while being stationed at Plattsburgh Air Force Base, NY.

On June 14, 1975 he married his beloved wife Monique Fortin, who survives him. He is also survived by his children Eric Allard and his wife Jinky of Spangdalem, Germany, Amanda Olney and her husband Josh of Waterbury Center, VT and Ryan Allard and his wife Veronica of Surprise, AZ and by his grandchildren Ava, Ezekiel and Jeric Allard, Cooper and Addison Olney and Nathaniel, Kadin and August Allard. He is also survived by his sister Therese Tanguay of Newport, VT and numerous sisters-in-law, brothers-in-law, nieces and nephews. He was predeceased by his parents and his brothers Reginald, Armand, Robert, Donald and Albert.

Michael retired in 2016 after 40 years in the electric industry. He began his career with Citizens Utilities in Newport and completed it as the Manager of Systems Operations with Vermont Electric Coop in Johnson. He had a passion for the outdoors and loved hunting and working on his land with his beloved wife and dog Jackson. He enjoyed bowling, going to camp and making camp fires. He was an avid basketball fan and deeply enjoyed coaching at the high school, junior high, and middle school levels, where he instilled in his players the love for the game. The health and happiness of his family was extremely important to him and he was eternally proud of his children and grandchildren.

Friends may call from 6-8pm on Tuesday, March 26, 2019 at the Curtis-Britch-Converse-Rushford & Bouffard Funeral Home, 4670 Darling Hill Road, Newport. Funeral services will be held at 11am on Wednesday, March 27, 2019 at St. Mary’s Catholic Church in Newport where a mass of Christian burial will be celebrated.

Should friends desire, contributions in his memory may be made to the Norris Cotton Cancer Center, 1080 Hospital Drive, St. Johnsbury, VT 05819. On-line condolences at curtis-britch.com. Arrangements are entrusted to the care of Curtis-Britch-Converse-Rushford & Bouffard Funeral Home, locally family owned and operated.

I'll echo what Roger Cartee had to say. Mike was at the core of the '71 Sacred Heart basketball team that was the last Class I participant, losing to then-oversized Winooski at Barre Auditorium in the semifinals.

My most sincere sympathies to you and your
families. Mike was a part of my life in the past.

We were very sorry to hear about Mike's passing. He was our two sons, Greg and Geoff 's basketball
coach at Sacred Heart High School. He was well respected by the school as well as the community.
May he rest in peace.
Durward and Lorraine Starr

Dear Monique, Mom and I are so sorry to hear about your loss. We think of you and the Fortin family often. Come visit us in Sarasota. Love, Linda and Anne Hovey

Not there in body, but with you in Heart ❤ hugs Monique and family

Dear Monique;
It is with deep sadness that I learned of the passing of Michael. I know at this sad time there are few words that can reach the pain that you and your family are experiencing. If there is one thing that I can share to help that is to tell you to think of the many lives he touched and influenced. We have been friends a long time and he was a good man and a happy one. He willingly shared his time, not only with those he loved but with so many others. Your children and now...

Monique we are so sorry for your loss. Mike was a great guy, always had a fun story to tell and he will be sorely missed. Our deepest condolences.

Our sincere condolences to Monique and family. May your special memories help you through the difficult days.