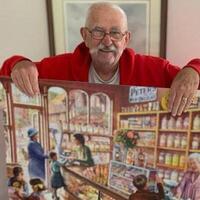 Our deepest sympathies to Mickie's family and friends. May your hearts soon be filled with wonderful memories of joyful times together as you celebrate a life well lived. Prayers for all of you during this difficult time.

Our Lady Of Perpetual Help Parish, St. Mary Of The Assumption Church