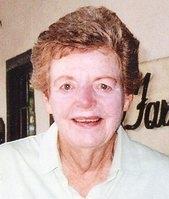 Not the right person? See All ›
AGE
86
LOCATION
Springfield, Illinois

Phyllis Herndon Brissenden 1933 - 2019
Springfield , IL—Phyllis Herndon Brissenden, 86, of Springfield, died at 10:35 p.m. on Tuesday, December 17, 2019 at Memorial Hospice at Heritage Health. She was born on March 31, 1933 in Springfield, the daughter of Obed Lewis Herndon and Marian (Matheny) Herndon. In 1978, she married Walter F. Brissenden, who died in 1986.
Mrs. Brissenden graduated Magna Cum Laude from Sweet Briar College in Sweet Briar, Virginia. She became a member of Phi Beta Kappa academic honor society in 1955. In 1954, she was queen of the annual Beaux Arts Ball of the Springfield Art Association.
Her major interest was music. She was a member of the Board of Directors of the Springfield Symphony Orchestra from the early 1980s until 1993, when the orchestra consolidated with the Bloomington-Normal Orchestra Society to form the Illinois Symphony Orchestra. Mrs. Brissenden continued as a member of the Board of Trustees of the Illinois Symphony for many years. When she retired from the board, she was named a life trustee of the organization.
Mrs. Brissenden was a founding supporter of Opera Theatre of St. Louis, serving on its National Patrons Committee and later was named a life board member. She was also a member of the National Council of the Metropolitan Opera of New York.
A lover of nature, she made many bird-watching tours in the United States and to remote parts of the world. She was an ardent supporter of environmental causes, serving on the boards of the Illinois Audubon Society and the Adams Wildlife Sanctuary in Springfield.
Mrs. Brissenden was a lifelong active member of Christ Episcopal Church, where she served two terms on the vestry.
She was a member of Kappa Alpha Theta sorority and a former member of the Junior League of Springfield.
Mrs. Brissenden is survived by several cousins; many devoted friends; and her beloved dog, Fergus.
Funeral Ceremony: 11:00 a.m. on Monday, December 23, 2019 at Christ Episcopal Church, 611 East Jackson, Springfield with the The Rev. Dr. Gregory A. Tournoux officiating. Burial will follow at Oak Ridge Cemetery.
Memorial contributions may be made to the Adams Wildlife Sanctuary, 2315 Clear Lake Ave., Springfield, IL 62703; the Nature Conservancy of Illinois, 8 South Michigan Ave, Chicago, IL 60603; and the Illinois Symphony Orchestra, P.O. Box 5191, Springfield, IL 62701.
The family of Phyllis Herndon Brissenden is being served by Boardman-Smith Funeral Home, 800 S. Grand Avenue West, Springfield.
Please visit boardmansmith.com to offer your condolences.

Phyllis was a familiar face at Baalmans Produce stand at Springfield Farmers Market. My husband and my son remember her sweet disposition. Prayers and condolences to the family

Phyllis and I were roommates for two years at Sweet Briar. I always admired her for her calmness and good spirits. Many years after Sweet Briar she encouraged me to take up birding and I'm so glad she did! I loved hearing about her fabulous birding adventures.

I knew she touched many people-- she called them all cousins. I remember meeting at least two red-headed cousins!

Our other roommate Mitzi Halla and I met Phyllis on a trip to Washington just three years...

Phyllis was a neighborhood friend. When walking her dogs became difficult, I stepped in. We became friends. We attended opera performances together. I went with her to get dogs, and I accompanied her when she had to say goodbye to them. At the end, we were able to assure that her beloved Fergus was with her. I am so grateful for her presence in my life. It was an honor to walk her home. Ill

Phyllis was part of my entire life; she was there from my first breath, went with our family on an extended trip to Cuernavaca, Mexico, showed us countless slides on the trips she took throughout the world (I still remember ones from Afghanistan). I remember a time when she and I braved an ice-covered I-55 from St Louis to Springfield for Christmas when I was in high school there (4+hours). Although she was godmother to my sister and one brother, she was truly one to all of us. I am...

I will remember Aunt Phyllis as an intelligent, insightful, vivacious and always interesting woman! I was fortunate to have visited with her in the last three years and was amazed that, despite her frailty, she remained full of good humor -such a good conversationalist with an easy laugh! With love and fond memories, your niece, Meredith

Phyllis was my dear childhood friend and "Aunt Phyllis" to our children. She was our son John's loving Godmother and loved by all our family. We will miss her beautiful gentle spirit. We know she is seeing God face to face. Sharon Trumpe Morris

She was a beautiful lady inside and out. I will miss seeing her.

Happy memories of shared holidays in France and Christmases at Fairview.

Never miss an update about Phyllis. Sign up today.