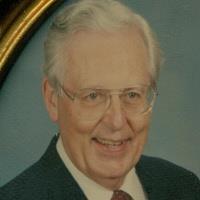 Ralph Waldo Dagenais was born January 10, 1923, in Atchison, Kansas, son of Francis “Frank” Jerome Dagenais and Lydia Florence Keck Dagenais. His first and middle names, it is told, were given to him by his mother out of her fondness for the writings of Ralph Waldo Emerson. He grew up in Atchison during the Depression and helped the family make ends meet with a newspaper route and working in his father’s carpentry and construction business.

After Atchison High he attended the University of Kansas with support from the ROTC and entered the Army Air Corps in 1944 at the rank of First Lieutenant. During the war he served as a pilot and flight instructor, and was stationed in Hawaii. After the war he earned a degree in Mechanical Engineering from the University of Colorado in Boulder and went on to work for Caterpillar in Peoria, Illinois and for the Coleman Co. and Beech Aircraft Co. in Wichita. He spent the majority of his career at Beech, where he led a pioneer team in the use of computers in aircraft design and flight simulation.

He was a dedicated member of Woodland United Methodist Church and, in later years, participated in the after-school tutoring program for students sponsored by that church. He also volunteered in the HOOP (Helping Other Older People) program.

He had a gift for working with wood and with mechanical things and one of his last wishes from the hospital was that he would soon be able to get out and go to the hardware store, his favorite hang-out. His second favorite place was the garage where he kept his treasured Shopsmith woodworking machine. Among his projects most beloved and enjoyed by his family was a harpsichord he built from a kit.

He had a lifetime love of the scouting movement. He was a proud Eagle Scout and later Scoutmaster of the Troop at Woodland. He was also a member of the Wichita Scandinavian Society and served for many years as treasurer of the Kansas Authors Club.

People admired him for his kindness and generosity as well as for his honesty and humility.  He was a devoted husband to his wife Julia Ann Casad Dagenais. They were married for 60 years, until Mrs. Dagenais passed away in 2007. He was also a devoted father to his three children John (Los Angeles, CA), Janet Dagenais (Mike) Brown (Wichita) and Jane (Syracuse, NY).  He has four grandchildren: Christopher (Susie) (Cottage Grove, MN); Sarah Floyd (Richmond, VT), Scott Floyd (Syracuse, NY), and Camille Dagenais (Los Angeles, CA). He also has two great grandchildren: Henry and Isaac Brown.

Ralph was one of the scout leaders at Troop 757 at Woodland Methodist Church when I was junior high school age. I have so many fond memories of those years I and came to understand over the years what a wonderful role model he was. Ralph and Noble Carter and other men provided priceless leadership for me and many other young boys that we otherwise may not have experienced. Sad to hear of his passing.

I was so fortunate to know Ralph and have his wonderful spirit and love for the other members of Woodland UMC to help me as I served there. He was kind and caring to everyone, always with a smile on his face. He will be missed.

My prayers are with the Dagenais family in this season of grief. It was nothing but joy to be Ralph's pastor for 6 years at Woodland and to accompany him through losing his beloved Julie. He was a man of the highest character and the gentlest spirit. I'll never forget how at Julie's graveside, after the service, he took me around to all the gravestones he knew and told me stories of the family. That plus his joy when he would tell me about his grandchildren, made his love and devotion to his...

Janet - I was sorry to read your father's obituary in Sunday Eagle. From extended obituary, he sound not only intelligent and talented, but an extremely warm person. I know how difficult it is to lose parents! Thinking of you - Dwayne and Sandy

Ralph Dagenais was my boy scout leader, 7th grade Sunday School teacher and father to my best friend, John. Even though I'm sure I exasperated him with my radical/slacker attitude, he was always friendly and kind to me. He also had a great smile. When I last saw Ralph several years ago, he seemed pleased to see me and pleased that I had also become an engineer. As a young man, Ralph achieved the rank of Eagle Scout and demonstrated the qualities for which all Eagle Scouts should strive. He...

Lifting prayers of comfort for the Dagenais family. I knew Ralph through Kansas Authors club, when he & Julia were both members. They were the sweetest couple, kind & generous.

Our prayers are with your family.

My thoughts and prayers with Ralph's family. I always enjoyed seeing and spending time with Ralph and his family. May God watch over you during this difficult time. Much Love, Sue (Wade) Honn